By the 1950’s Britain was moving into a period of unprecedented prosperity, The Festival of Britain and The Coronation of Queen Elizabeth II, both bringing large public celebrations to the fore. The Boys’ Brigade was a well-known, and well-established part of society, and having played a role in the Festival of Britain with the run across Britain, been represented inside the Abbey for the Coronation, as well as the televised presence of the Duke of Edinburgh as Chairman at the annual Albert Hall Display, 1954 provided the opportunity for large high profile public events. 1954 was the centenary of the birth of Sir William Alexander Smith, and The Boys’ Brigade celebrated it with a number of large public events as well as their first truly International Camp.

All over Britain planned events were held in commemoration, such as the Torch Run from Thurso, the Founder’s birthplace, to Glasgow, where the Brigade Council was being held in September on a scale reminiscent of the 1933 Jubilee- including a massive ‘Conventicle’ in Hampden Park (18,000 boys and officers, 60,000 spectators), and an excursion by steamer down the Clyde. On 20 February 1954, Belfast Battalion staged a ‘Cavalcade of Boyhood’ in the King’s Hall, and on 21 May an outdoor show, ‘B.B. Fanfare’, at Windsor Park, the city’s largest football ground. The display of the Dundee Battalion in the city’s lee Rink surpassed all records, while the Edinburgh Battalion put on the pageant ‘Scotland the Brave’ at the Empire Theatre for a whole week. Another memorable pageant, ‘Soldier of Christ’, based on the life of the Founder and written by Thomas Henderson and Douglas Smith, son of Sir William, was performed by battalions and groups in many parts of the country. On a national scale, events really got under way on Saturday 19 June 1954 with ‘The Festival of Boyhood’ held at Wembley Stadium, organized by the London District, with about 3,000 boys from all over Britain taking part in a spectacular programme watched by ten times their number on the terraces and stands.

The celebrations culminated with the Thanksgiving Services in St. Paul’s and St. Giles’ Cathedrals on 27th October and the Founder’s Day Services throughout the world. 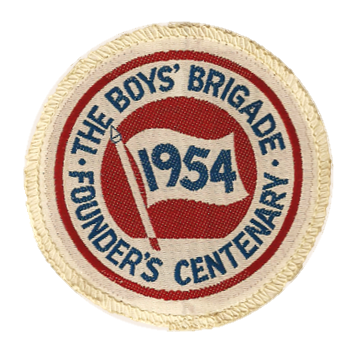 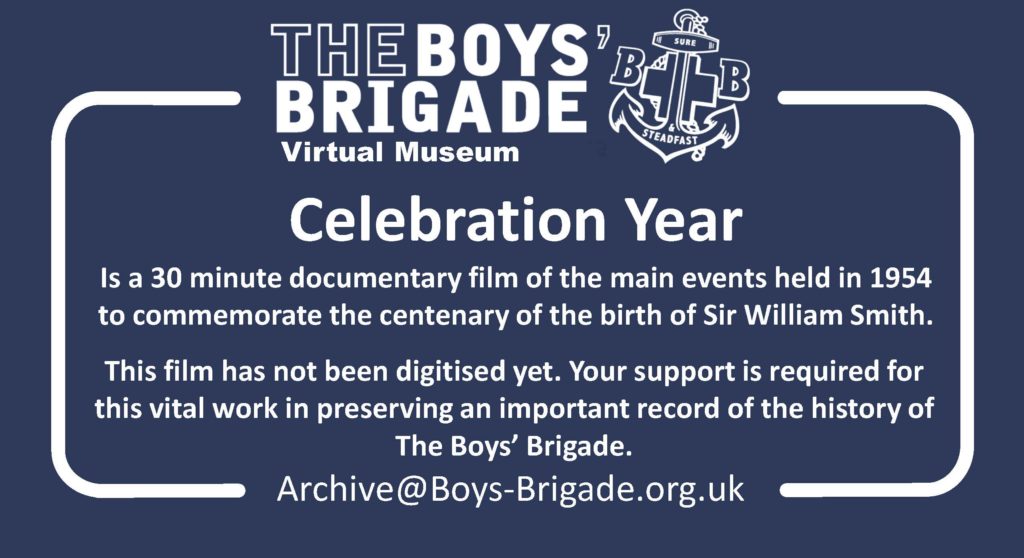