BB Week, which had its origin in the aftermath of the first world war, when The Boys’ Brigade was in financial difficulty, with donations and subscriptions drying up. The idea was first mooted in 1920 and despite the fact that the Brigade was hard pressed to make ends meet, it was received without enthusiasm. It was passed by the Executive in face of opposition, but following vigorous opposition at Council it was rejected. However, the Southern Committee decided to try the scheme in November 1920, with £2855 being raised in the England and Wales region alone. The generous response of the family and friends who had contributed, and the total raised prompted the Brigade to reconsider, and in 1921, the entire country took part in the scheme. By the start of the second world war the annual income was in excess of £21500, and in the centenary year of the birth of Sir Willaim A Smith in 1954, the sum of £102535 was collected. The amounts collected by individual Companies were published in league tables in the BB Gazette annually, with some companies recording impressive amounts collected.

The contributions of BB Companies to the work of Brigade Headquarters have now been replaced by a system of capitation which is calculated on actual membership figures as returned in the annual statistical returns. 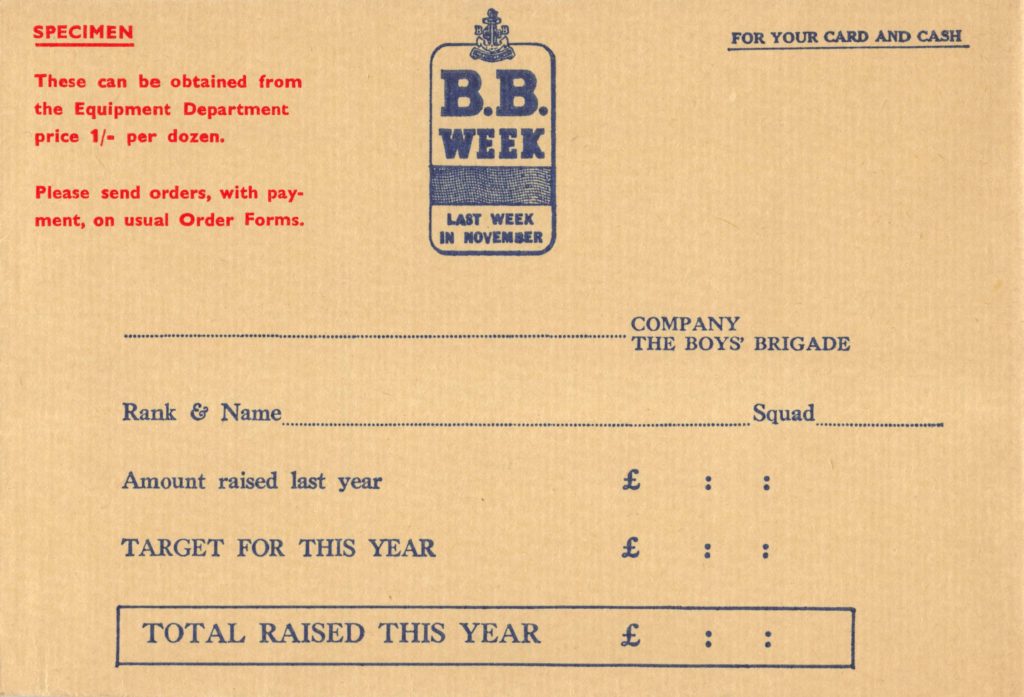 The Story of a Great Endeavour