The Opening of The Boys Brigade Memorial Garden. 21st June 2008.

Once the completion of The Boys’ Brigade Memorial Garden was insight, thoughts turned to arranging the Official Opening. The date was agreed with the National Memorial Arboretum, and we were fortunate to obtain the services of the then Brigade President, Sir Kenneth Calman, to open the Garden formally as part of the BB125 Celebrations, and of former President, Reverend Alan Main, to lead the Service of Dedication which took place in the Chapel, alongside which the Garden had been constructed. The Date was fixed for 21st June 2008 – The summer solstice when we hoped for a lovely summer’s day – what we got, though, was a fairly typical English summers day -dull with a bit of drizzle! However, that did not However, that did not dampen the spirits of those present.

Radio Stoke on Trent recorded the service, and an edited version of which was broadcast as their Sunday Worship on 29th June.

During the service, scripture readings were given by Company Section Boy Will, and by Senior Joshua from 2nd Sutton Coldfield BB and David also of the 2nd Sutton played the keyboard. Prayers had been written by Anchor Boy Alex, and Junior Daniel, both of 1st Lichfield BB who each read their own offering. Following the singing of the hymn, “Will Your Anchor Hold”, whose chorus is engraved on the granite rock in the Garden, Rev Alan Main gave a sermon entitled. “Look to the Rock”. The act of worship concluded with the singing of the hymn “For all the Saints”, which was very appropriate in remembering all those who had in past years served in the BB.

After this everyone filed out to stand outside the garden where Sir Kenneth Calman addressed the gathering before asking Kiean and Jordan to help him cut the ribbon at the entrance and to unveil the slate monolith over which was draped a BB flag. Kiean and Jordan were asked to do this task as these twins were the BB Boys who lived closest to the Arboretum. This ceremony was covered by Central ITV News and an MP4 file of this is also in the Archives.

At the end of an exciting and most memorable day, the Bands gave a reprise of their performance before the event concluded with the lowering of the BB flag to the strains of the bugle call, “Retreat”.

In 2009, a Time Capsule, containing 125 items relating to young people and the Bb in 2009, was buried with due ceremony under a slab of stone from Pennyland House, Thurso, the Birthplace of the BB Founder. The official BB Witnesses were as follows (ages given as on the date of the event:

Each of these participants was presented with an Invitation to attend the Opening of the Capsule in 2059. 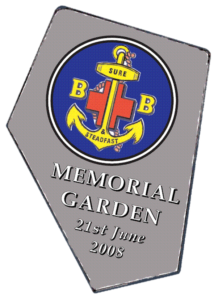 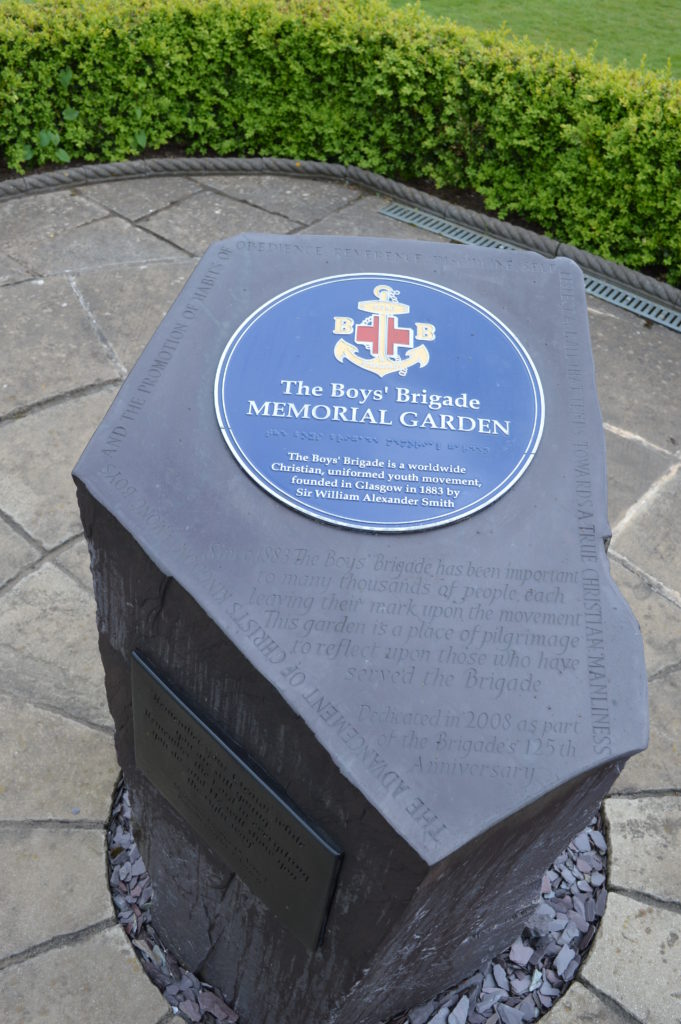