The Boys’ Brigade was first introduced into Australia well within a decade of the formation of the movement in Glasgow by the Founder. In 1890-91 a Company was formed at the St. Mark’s Church of England, Fitzroy in Melbourne. The next Company to be formed was at the Wesley Church, Perth in 1895 and this was very quickly followed by Companies in each of the other States on a fairly scattered basis. For instance in Queensland by the year 1899 there were Companies in Mackay, Townsville, Weipa, Aurukun, Charters Towers and Brisbane, whilst in New South Wales there were Companies in Richmond, Kurrajong, Bathurst and Cobar as well as in Sydney. In Tasmania by that year efficient Companies were operating in Launceston and Hobart.

To provide a more coordinated basis for growth an Australian Council was formed at the turn of the century, based in Sydney. The first Annual Report in 1900 noted that the Secretary knew of 15 Companies functioning with a membership of 431 Boys and 41Officers. The first Battalion Council (district grouping) was formed in Adelaide in 1901 and comprised four Companies.

In the early 1900s several Companies of the Naval Boys’ Brigade were formed, mainly in Victoria, and in 1907 separate Battalions of Military and Naval Companies were formed in that State. It appears that most of these Companies merged with the Government scheme of Military Training for Boys of 12 and upwards introduced in July, 1911, and as a result of this scheme plus the drain on leadership into the Armed Forces, few Companies survived the First World War.

There was one notable exception. In 1913 a new 1st Brisbane Company had been formed at the Ithaca Presbyterian Church, led by a Mr. George Orr a former Lieutenant of the 1st Glasgow Company under the Captaincy of Sir William Smith. The formation of this Company marked the commencement of the present era of The Boys’ Brigade in Australia. 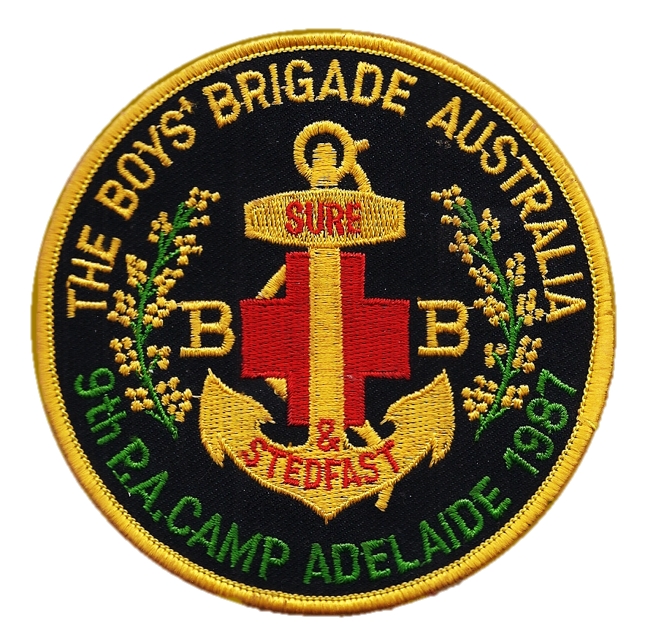 Whilst it is a challenge to capture the spirit of the Boys’ Brigade virtually, we hope to have succeeded in creating an interactive experience which will help in preserving the stories for future generations of BB members. This museum will continue to be developed through the efforts of volunteers world-wide, dedicated to preserving the heritage of The Boys’ Brigade. If you would like to know more, please email:   archive@boys-brigade.org.uk.