Target awards – these were ‘TV’ shaped as a couple of previously issued badges under the old scheme.

Target 1 was ‘Bronze’ with the red zone of the archery target face coloured in red enamel.

Target 2 was ‘Silver’ with the gold centre zone of the archery target face coloured in yellow enamel.

In 1968 the whole of the badge system was looked at again and revised considering the range of activities/topics that were now covered in the system. It was a question what happened when the Boy had obtained an ‘armful’ of badges and there was no more room on the armband to accommodate them.

They were re-designed as a barrel shaped aluminium bronze anodised badge with a symbol representing the activity/topic and were smaller and so more were capable of mounting on the armband.

The upper half of the badge had the activity motif and the lower half had the initials ‘BB’ in a recessed square suitable for glueing a coloured insert, a blue or red ‘BB’, to indicate the level or stage attained in the activity.

In 1976 the Target Badge was revised, similar shape but metal gilded 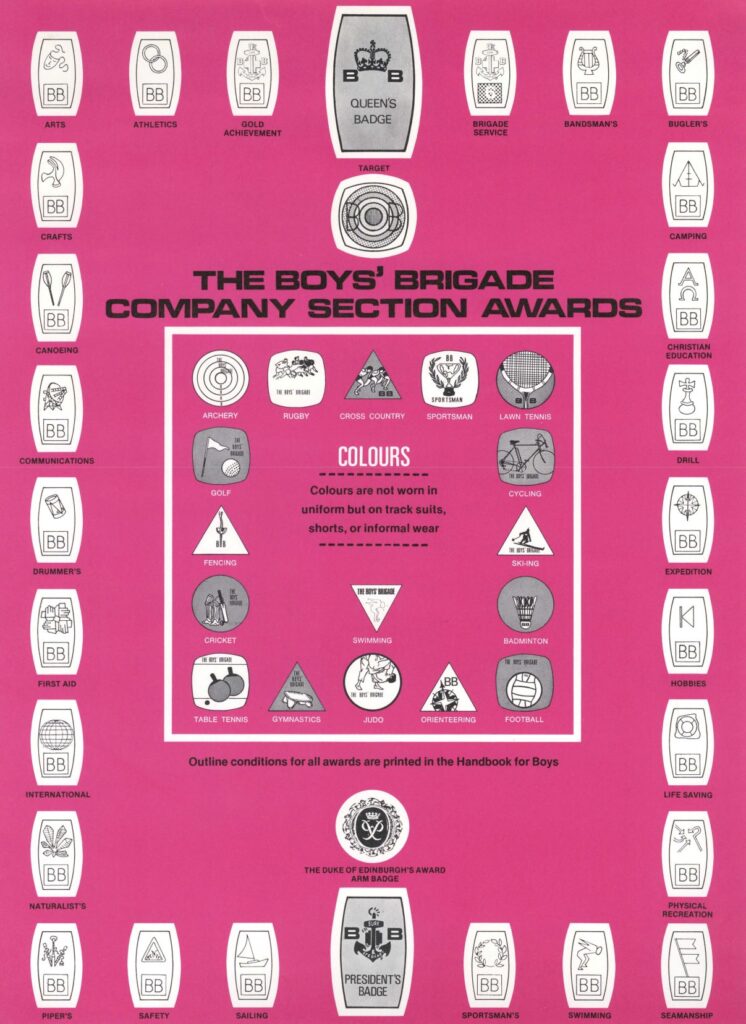 Duke of Edinburgh award scheme badge available in Gold, Silver and Bronze to match the level achieved in the scheme.

Service badge – barrel shaped and a place to put an insert to denote the number of years service.