Situated at Kallangur on the northern outskirts of Brisbane, the 10thPAC featured acres of paddocks that were converted into a motorbike track, mini-bike track, flying fox across the dam, waterslide using water dispensed from old shower heads, floating pontoon and canoe trail, and of course the assault course, of course!

For the first time, Campers were able to choose non-pentapac electives to try out an activity without the pressure of reaching a set standard for the Pentapac Badge. In addition to Discover Brisbane, Dreamworld, Bribie Island and Sunshine Coast trips, Electives included climbing of the Glasshouse Mountains and canoe expeditions to the Noosa River System. To further enhance the program, the Camp had its own radio station and a canteen that became a marketing triumph, “Gordy’s Gobble and Go.”

A wide range of stamps featuring camp activities and theme days were available so that Campers could put together a portfolio of the fun-times at camp. The 10th PAC also formally developed the concept of Volunteers where BB families and Officers who were unable to attend Camp, assisted in preparation, canteen, security and many other roles contributing to the Camp’s success.

Over 200 Boys and Officers made commitments to Christ at the 10th PAC. 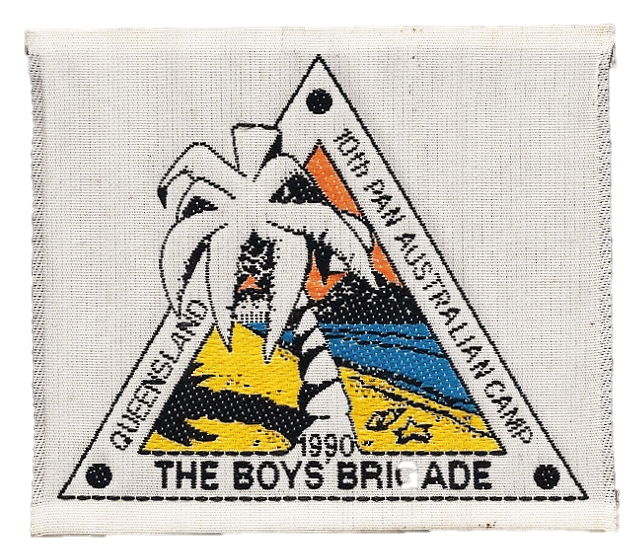