At 160km north of Sydney, Newcastle combined the amenities of a large city with the beach, lake, bush and mountain attractions that abound in the surrounding area. The Camp was situated at Merewether High School featuring 20-25 campers in large tents in contrast to the smaller groups of 6-8 at previous camps.

“New Look, New-Life, Newcastle” as the Camp theme, extended to the great locations close by, including Lake Macquarie for fishing, sailing, sailboarding and canoeing; The Wattagan Mountains for bush walking, abseiling and nearby motor bikes; Barrington Tops for expedition and whitewater canoeing; Shortland Wetlands for canoeing in addition to lots of sites such as the bowling ally, roller skating rink, rifle range, golf, sports centre, squash court and BMX track.

Campers also made the epic trip to Australia’s Wonderland and a day trip to Nelson Bay and Port Stephens, providing a great chance to catch up on sleep on the forward and return trips.

Prior to the 11th PAC, Westpac had always provided an agency at Camp. However, in the economically “efficient” early 1990’s, this was not provided, so the Camp Administration devised the existing system that allows Campers to pay in excess of their camp fees prior to Camp. The balance can then be withdrawn during Camp as required.

As at other Camps, large numbers of Boys and Officers made Commitments to Christ following challenging messages from visiting speakers, John Dickson and Mike Frost. 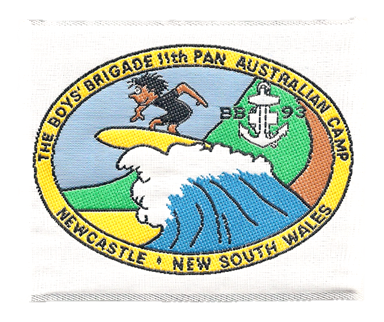