Early correspondence from William Smith regarding the formation of BB Companies almost always included the offer of promotional literature being sent, including a handbook. Further supplies were made available to purchase from BB Headquarters directly, however, the supply of uniform pieces was left to companies such as James Farquharson & Sons, and Leckie Grahams in London and Glasgow respectively. Advertisments from suppliers were a common feature in the cover pages of The Boys’ Brigade Gazette, and manufacturers of equipment, such as the dummy rifles used by The Boys’ Brigade added their own branding. 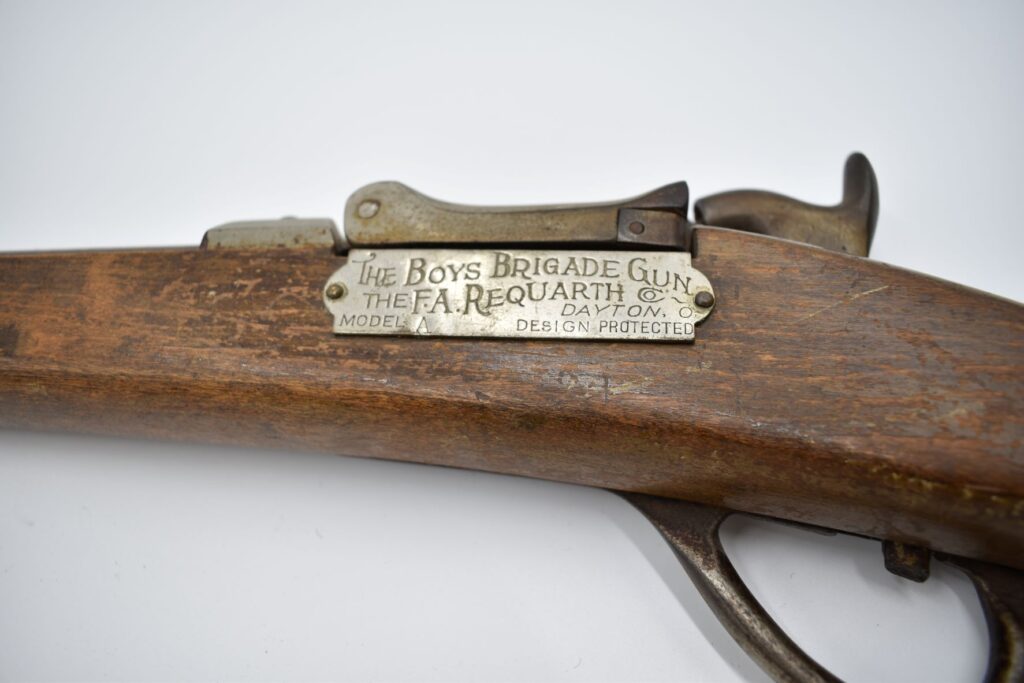 From July 1927 the Equipment Department (later B.B. supplies) was formed to meet the equipment needs of Companies that had previously been served by external contractors. Orders of uniforms and badges were sent via official order forms supplied by Headquarters, with price lists distributed which included the authorised articles of uniform and equipment.

This crested glass plate, was available from BB supplies during the 1970’s and 1980’s as part of a range of crested gift goods.