Balrossie was designed by Glasgow architect David Barclay and completed in 1898-99. It was originally built as a School and a home for sailors’ orphans. It was the Sailors Orphans Society of Scotland that had commissioned the orphanage, and this was their first orphanage built by the society. Money had been raised by various donors and was initially designed to house 82 boys and 32 girls. It remained as an orphanage until the mid-1930’s when The Boys’ Brigade utilised it as a training and conference centre.

Alterations and fittings had been completed on Balrossie before its opening on 29th June 1935, which allowed for accommodation of 100 persons within the building. During the summer of 1935 grants were made to enable 134 Boys and 2 Officers to attend camp, representing 28 Companies. The Brigade Camp was in operation for the first time during the summer of 1936. The two Brigade Camps were attended by 824 Boys and Officers. Other camps that summer were attended by the Edinburgh District, Glasgow Battalion, Dundee Battalion and 25th Dublin Company. The camp site had been described as one of the most up to-date in the country. Records show that in 1938 118 Officers, 69 Warrant Offices/Staff Sergeants and 1175 Boys attended the camp site between 2nd July and 20th August. The ‘House’ provided courses for such things as Officers training and camp craft.

Numbers for these courses and conferences reached 3682 in 1938. In 1939 there were weekend schools for Physical Training and Recreational Games, Company Inspections and Camp Craft. Unfortunately, a significant fire in 1937 affected the operations at Balrossie which burnt out a wing within building. It was also reported that year that ‘School’ numbers had been disappointing. The fire was to create financial difficulties for the Brigade. In January 1938 it was reported that there was hope that a grant of £3000 from the ‘Commission of Special Areas’ was to be considered towards the total cost of £7500 required. Then in May 1938 it was approved that £1500 from the legacy of the late Sir John Roxburgh would be diverted to assist the funding of repairs. It appeared that things would be resolved and in January 1938 authority was given for signing and sealing an extension to the lease for twenty years with an option to terminate after ten years. However, this did not prove possible and instead an extension to the present lease was agreed for a further 2 years until 2nd February 1940. A clause was added that a longer tenancy could be agreed provided that a definite sum could be raised for the reconditioning to render habitable the burnt-out portion known as No 2 House. There was still hope that the Sir John Roxburgh legacy and a grant of £5000 from the Secretary of State for Scotland would happen. The Brigade reported in May 1939 that the owners of Balrossie ’The Sailors’ Orphan Society’ that a 20-year lease would be agreed provided that the burnt-out wing would be repaired. Finances were still expected from the Sir John Roxburgh legacy of £1500, Scotland Fitness Council £5000 and Glasgow Battalion £1000.

Unsurprisingly with the outbreak of WWII the Fitness Council’s Grant of £5000 was withdrawn. The proposal to complete the repairs was abandoned and the Sir John Roxburgh funds reverted to the Brigade. A new lease was therefore not completed, and the Brigades tenure of premises and grounds would cease from February 1940. The building was now scheduled for National purposes and the contents taken over by the Ministry of Health when during WWII it was used as a headquarters for light AA (anti-aircraft) defence. In the 1960’s it was converted to a List D building as a residential school for boys. It is believed to have then been purchased by Glasgow Corporation in 1962. This school was then subsequently closed in 1997. 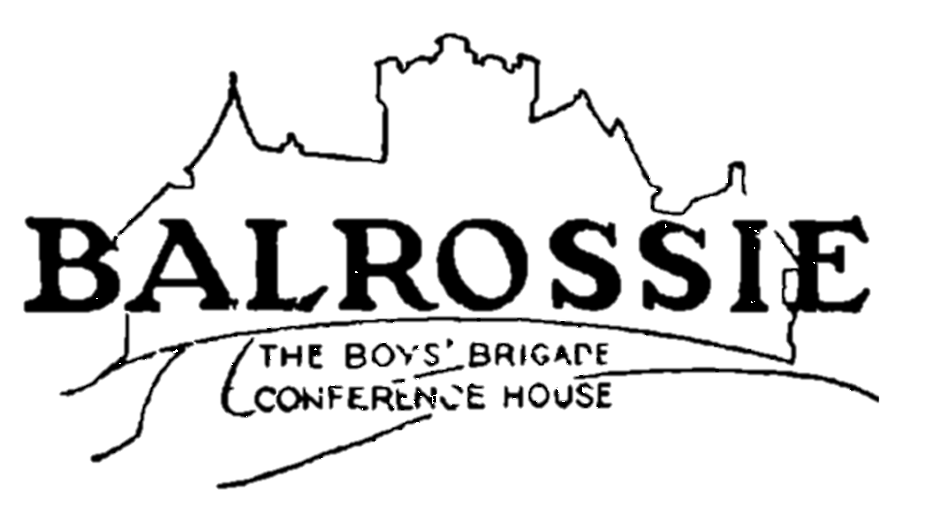