Eighteen hundred officers, boys and girls representing the five continents converged on the crowning place of Scottish kings, for what was to be a once-in-a-lifetime experience, living together under canvas in the grounds of Scone Palace.

The tents were all in place for the first arrivals at 10.00 a.m. on Saturday, 20th August 1983. Our thanks for this must go to the Scottish Battalions whose representatives put up the tents and other facilities which were to be ‘home’ over the ten days of this truly international gathering. All the preparatory work had been done and now all that remained was for everybody to enjoy the activities, entertainment and unique fellowship which is always present on BB occasions, it had been almost twenty years since a similar Camp had taken place in the United Kingdom, so to most of those attending this was their first experience of such an event.

Our overseas visitors, and many from not so far away, enjoyed themselves on the tours which were arranged on a daily basis to Edinburgh, Loch Lomond, Aviemore Centre and Bannockburn. There were also two trips to the Edinburgh Tattoo and what an impact the BB made at that event! BB boys playing in the Pipe Band were cheered to the echo by hundreds of the campers in their distinctive grey sweatshirts. Everyone present on the outings which were to some of the most beautiful parts of Scotland, went home with lasting memories of the wonderful scenery and hospitality.

The Camp was spiritually served by seven young Chaplains who produced an imaginative dimension to both Morning and Evening prayers, as well as an attractive presentation in the ever-popular Chaplaincy Centre.

Those who attended Ibrox Stadium for Centenary Salute and the Thanksgiving Service must have been impressed by the behaviour, turn out, bearing and happy spirit of the Camp contingent. The campers were moved from Scone en-bloc in 24 double-deck buses on consecutive days — two tiring journeys — but no-one would have missed them for anything. The clans really gathered at the Open Day and there were an estimated 6,000 people there. Each of the twelve Villages were called after a Scottish Clan and they marched carrying their Clan Chief aloft into the Highland Games Arena to the sound of the pipes. It was no coincidence that the Bruce Clan led the parade carrying the Bruce Sword on loan for the day from the Brigade President. What a climax to a memorable ten days when all nations got together and forged new friendships, regardless of colour or creed. 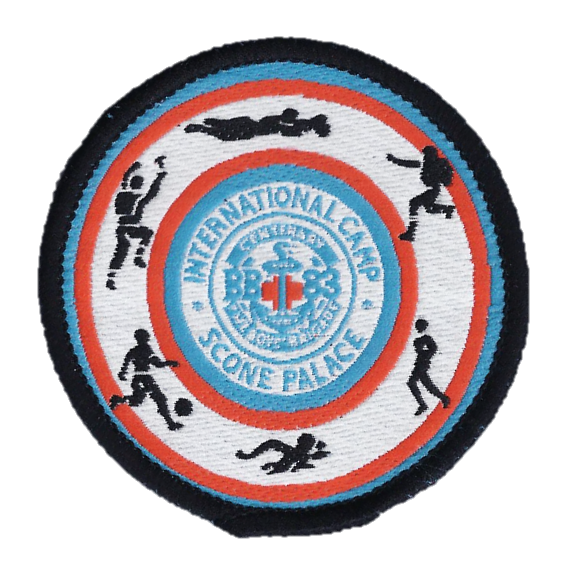