On Tuesday 14th August members of The Boys’ Brigade from England, Northern Ireland, Scotland and Wales accompanied by the Brigade President, The Lord Griffiths of Burry Port met HM The Queen at Balmoral Castle in Scotland. The young men delivered a message of loyal greeting from members of The Boys’ Brigade and received Her Majesty’s gracious reply. The young people representing the regions were James Scott (Northern Ireland), Alex Mann (England), Adam Morris (Wales) and Greg Williams (Scotland). 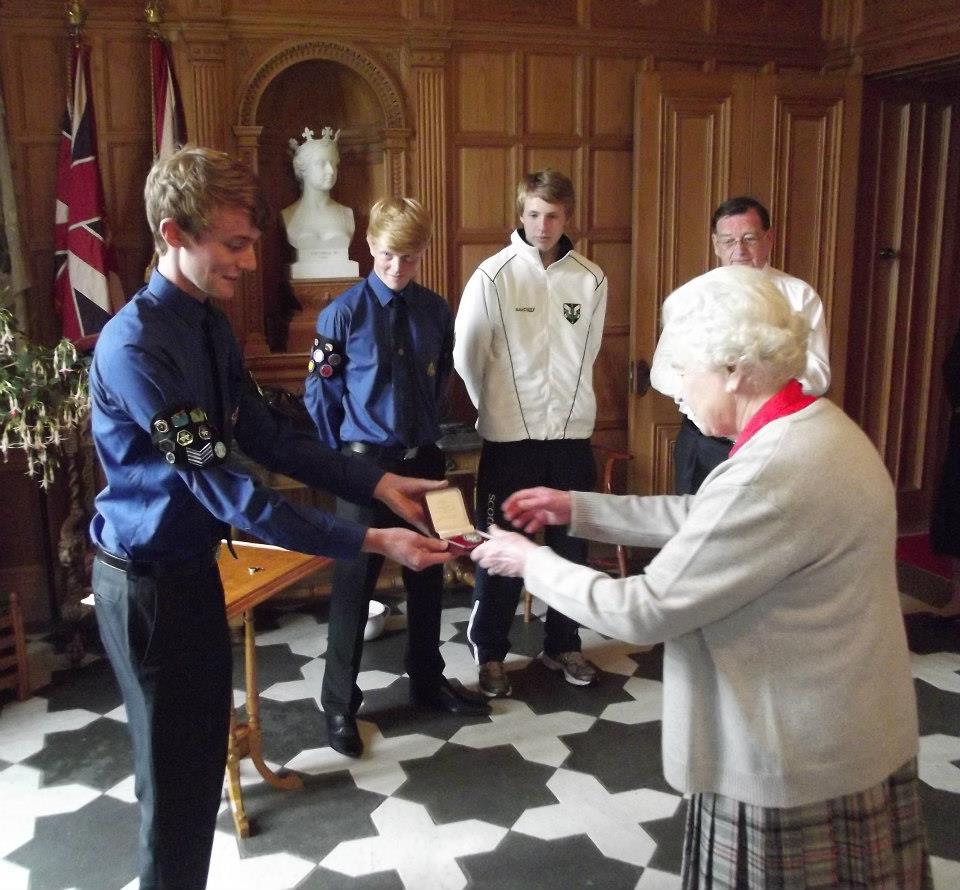 After leaving Balmoral Castle Her Majesty’s message started out on its journey being carried throughout the United Kingdom and Republic of Ireland by members of The Boys’ Brigade. Companies were challenged to come up with different ways of carrying the baton and over the next few weeks it was carried on foot, by cycle, roller skate, speed boat and milk float among others. Events and activities had been arranged to mark the baton reaching different towns and cities, and in many areas the Lord-Lieutenant or other local dignitary greeted the young people carrying the baton. 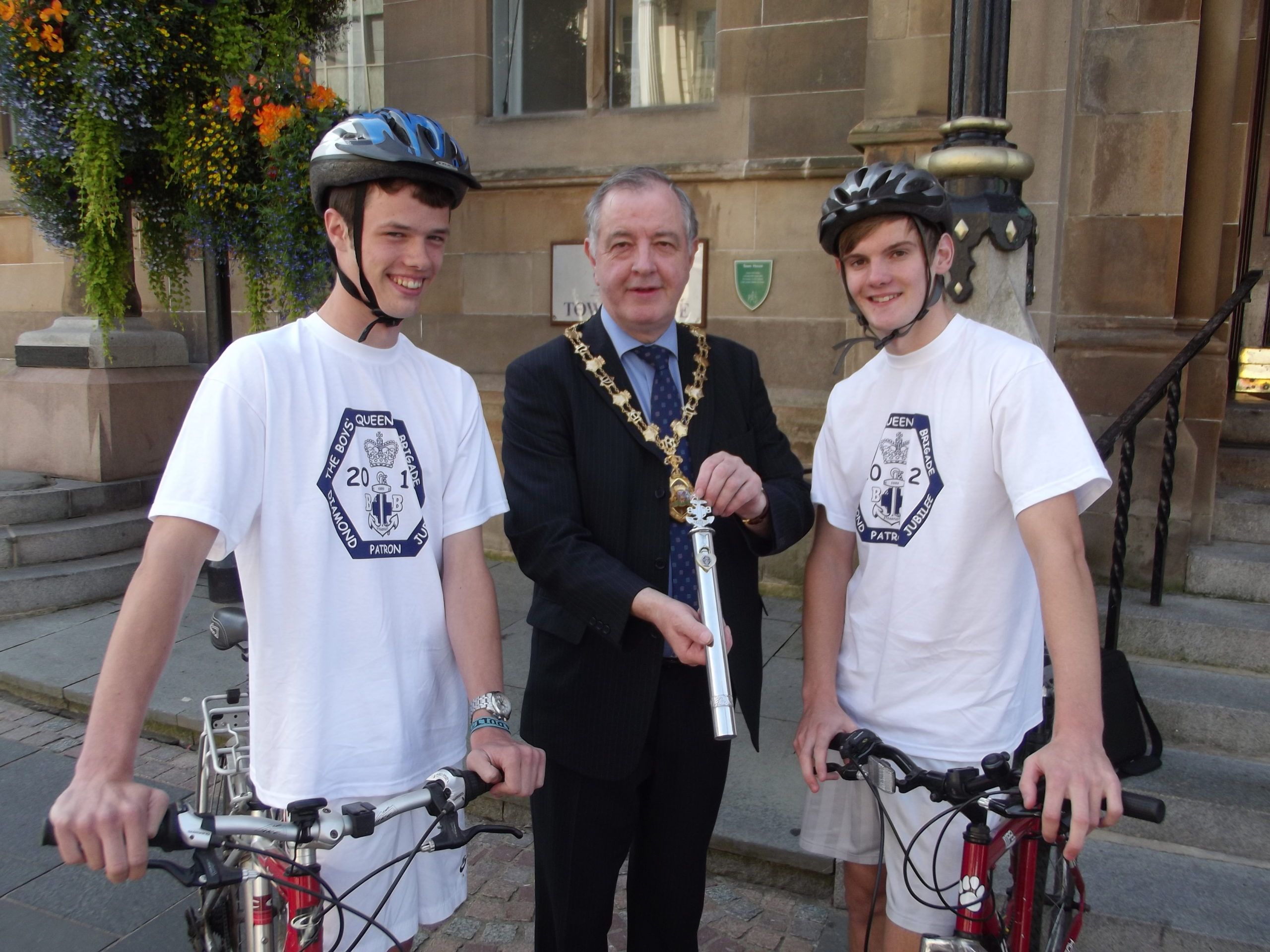 The baton travelled from Scotland to Northern Ireland, and then via the Republic of Ireland, Wales and through England before finally reaching Brigade Council on Saturday 15th September 2012. At Brigade Council, The Brigade President received the baton from Alex Mann who was also present at Balmoral Castle where the Baton started its journey 33 days before. The baton being used in the relay was first used in 1935 when the Brigade conveyed its message to Her Majesty’s grandfather King George V on the occasion of his Silver Jubilee and later in 1951 to King George VI in celebration of the “Festival of Britain”.

A silver Brooch with inset rubies was presented to Her Majesty Queen Elizabeth II as part of the celebrations in 2012. This is the lead proof for the silver brooch.