Provided the biggest airlift in Papua New Guinea since the end of World War Two including the use of DC3 aircraft with canvass seats. Some flights diverted to avoid a cyclone. Daily earth tremors, climbing an active volcano, tours to islands, exploring old tunnels and war relics.

B.B. Extension Officer, Brian England, fell off a cliff while searching for a missing camper, sustaining massive injuries. Heavy cloud prevented a helicopter from landing and it would be several hours trek to carry him out. Prayer groups were set up back at Camp. In the final 30 minutes of daylight, the clouds parted allowing the chopper to land then fly Brian to hospital. Praise the Lord for His control of the situation.

As it was the wet season, Campers stayed in huts. Many took tours of Port Moresby and Cairns on the return trip. 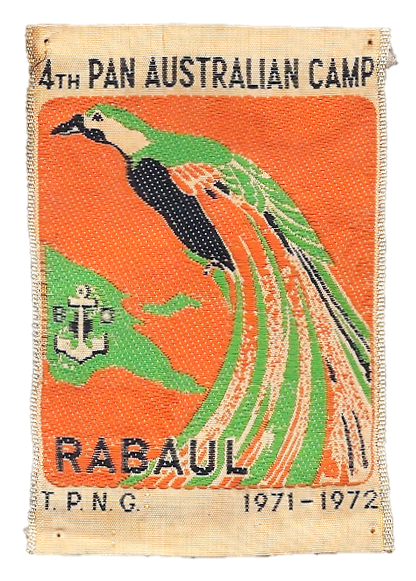