BB Australia celebrated the World Centenary in many ways throughout 1983, with the Centenary Camp Canberra as the grand finale to that busy year. The term 8th PAC was not ever used to promote or identify the Camp.
This camp introduced a radical change in the choice and range of activities available to campers including the concept of electives where 12 months prior, Boys could complete a “Maybe” card indicating their choice of activities. From the initial response, a final elective program offered separate choices to Juniors and Seniors, with the first registrations being offered first preference to: Abseiling, BMX Bikes, Camp Magazine, Camp Radio, Canoeing, Roller Skating, Shooting, Trail Bikes, Archery, Caving, Clay Target Shooting, Fishing, Horse Riding, Model Planes, Squash and Ten Pin Bowling and Senior’s Expedition.

Snowy Mountain and Canberra Tours completed an exhausting Camp Program that had been put together under the leadership of 6th Canberra Officer, Allen Brooke ( who is co-ordinating the 2K2 Camp in 2002)

As a logistical operation, the multi-destination transport requirements, staffing and venue arrangements were a major challenge to the organising committee. However, the face of PACs were changed forever at this Camp. 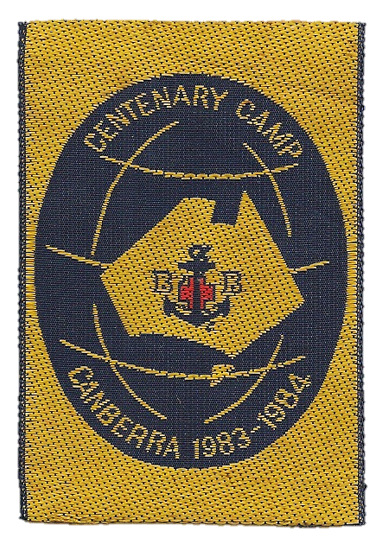