Since the introduction of the first BB Companies in New Zealand and South Africa between 1886 and 1889, Brigade Headquarters had been struggling to take a close interest in this somewhat unexpected and haphazard phenomenon of overseas expansion. The knowledge of what was happening beyond Britain’s shores was achieved mainly through the reports of unpaid B.B. emissaries abroad or through an increasingly important (and burdensome) correspondence with overseas secretaries and officers. Control and contact were mainly informal, however where the information was available, Companies were enrolled with BB headquarters in Glasgow, and then after 1933 through the international Secretary in London, and latterly the World Conference. There were some exceptions: the United States of America which formed the United Boys’ Brigade of America with their own headquarters, and Canada and New Zealand which were granted ‘dominion’ status allowing them to enrol Companies themselves. From 1977 onwards all countries had total autonomy to enrol Companies.

The United States was responsible for a huge growth in Boys Brigade membership, and early statistics include their membership figures, which by November 1903 show there were 802 registered (and known) companies, 2,400 officers and 36,000 boys outside the United Kingdom on every continent. By November 1907 the comparable figures had risen to 933 companies, 2,500 officers and 45,000 boys. Over this four-year period alone the claimed overseas share of total world membership rose from just under forty per cent to just over forty-three per cent.

The Jubilee in 1933 provided the first opportunity for Boys Brigade members worldwide to meet, attending both the camp held at Dechmont and the celebrations in Glasgow. The Founder’s Centenary in 1954, was the next main opportunity for an international gathering and representatives from Southern Rhodesia, Singapore, New Zealand, Australia, Canada, USA, British Guiana, Bahamas, Jamaica, Denmark, Holland, Cook Islands, South Africa and Nigeria attended this event. International gatherings have since continued, including international camps in the UK in 1968, 1983, 1986 and 1991, as well as international gatherings in Denmark, Canada, USA, and the Pan Australian Camps held tri-annually since 1963, which has attracted a regular international following, and more recently the Malaysian Pesta events held bi-annually. The international family of the Boys’ Brigade is represented by the Global Fellowship, and BB Asia. 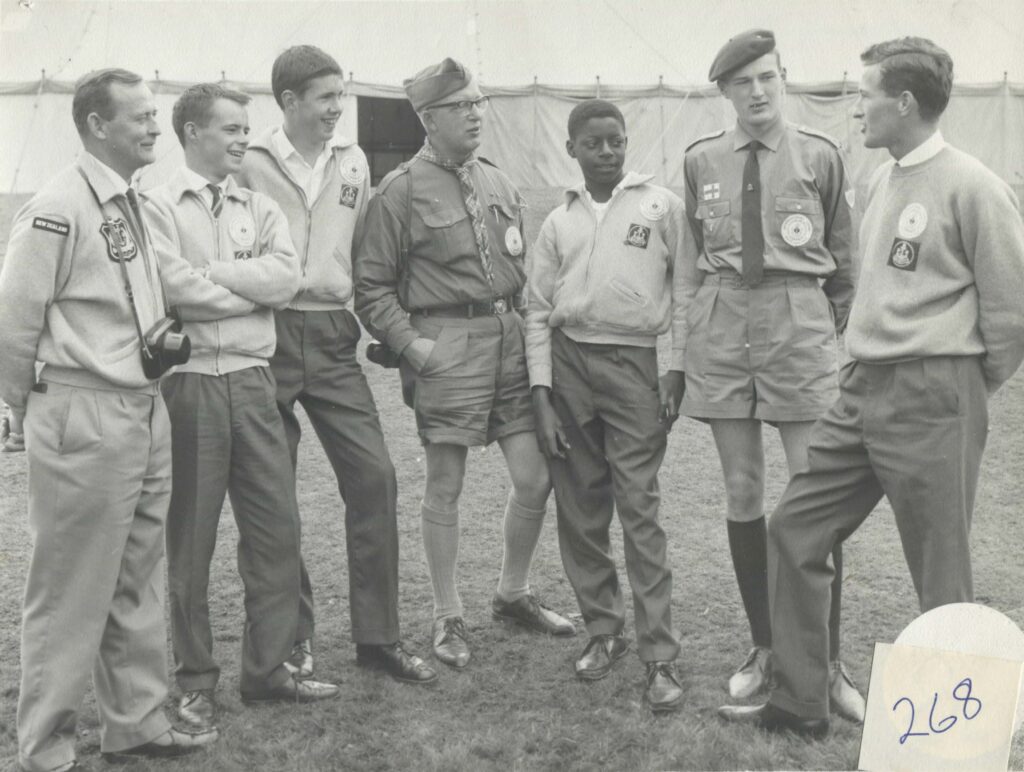 The formation date of The Boys’ Brigade in each country can be found by scrolling through the main timeline.