The Duke of Edinburgh’s Award was officially launched in 1956 and at that time was called a “Scheme” but this word in the title was dropped around the 1970’s. For The Boys’ Brigade, Mr. Don. West was involved even prior to this as The Brigade took up the pilot scheme the year before. Mr. West professionally was Brigade Training Secretary working at Brigade Headquarters at Felden Lodge.

When the Duke of Edinburgh’s Award was introduced it was soon realised that here was an opportunity to provide progressive activities and the Scheme was enthusiastically taken up straight away by Battalions such as Nottingham in 1957 with their first Bronze Award gained in 1958. In some areas the D. of E. was also done in the schools and came under the Education Department being later transferred to Leisure Services and even later to the Youth Service.

Initially it was called The Duke of Edinburgh’s Award Scheme for Boys but it was extended to include girls in 1958.   It was initiated by H.R.H. and the first Secretary was Sir John Hunt of Everest fame.   There were four Sections then called Rescue and Public Service Training, Expedition, Pursuits and Fitness and 3 age groups – 1st Series 14 to 16 ½ years, 2nd Series 15 to 17 ½ years and 3rd Series 16 to 18 ¼ years for entry. A boy could enter for the Silver Award after passing the Bronze Standard or if over 15 could enter direct for the Silver Award at the discretion of the Operating Authority. He could not enter the Gold Award without first having gained the Silver. The maximum ages were 17 years for Bronze, 18 years for Silver and 19 years for Gold.

There is one final point, and the most important of all. By going in for these activities, boys will be acquiring self-reliance; it is hoped that they will also be learning the satisfaction and the value of using their talents in the service of others.   Both these qualities are important attributes of citizenship. But these alone are not enough; a spiritual faith is also needed. It is questionable whether it is either desirable or possible to test spiritual strength, but it is hoped that you and others who are helping you, will regard this aspect of a boy’s progress as paramount: for on this factor, interpreted in its widest sense, the value of this scheme will ultimately depend.”

It is to our credit that The Boys’ Brigade was included in the pilot scheme for The Award in 1955, one year before the official launch and when it was unsure that it would be successful and The Duke never forgot this.   Below is an early “Outline of the Scheme” which gives Organisations expected to give assistance. As part of the experimental pilot some forty-five Brigade boys attended a course in Snowdonia led by Sir John Hunt.

Initially, there were independent boys’ and girls’ committees but, from these, overall Award Committees were created in many local authority areas and representatives of Operating Authorities such as The Boys’ Brigade and The Girls’ Brigade were invited to join which were mainly responsible for arranging the local presentation of awards.   To quote from one such Committee – The object of The Award Committee shall be to promote The Duke of Edinburgh’s Award Scheme within its area, and to provide the best possible support to leaders and candidates.  To achieve this general purpose The Award Committee shall provide a forum of contact between all local group leaders and helpers, provide a back up service to leaders and helpers by circulating information on courses, exchange and disseminate information and ideas about The Award Scheme and its operation, publicise and promote the development of The Award Scheme locally, ensure the continuity of the Scheme for candidates making the transition between school and work or other careers, arrange for the presentation of Awards and the planning and management of local Award ceremonies, initiate fund raising activity to assist these objectives. 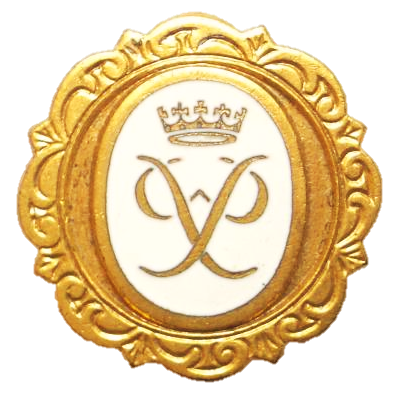