John Neil was professionally engaged, in an executive capacity, by The Boys’ Brigade for a period of 40 years. Rising through the ranks as Boy, N.C.O. (during which time he gained the Queen’s Badge) and Staff Sergeant It was as a Senior in the 9th Coatbridge Company that he committed himself to future Christian service. On returning from National Service in the RAF Regiment in Egypt and Iraq, he served as a company Officer and later, through the Brigade National Training Scheme, was appointed Training Officer for Airdrie, Coatbridge & District Battalion.

He was a member of a small voluntary training team, co-ordinated by Brigade Headquarters, which provided Officer training to areas such as the Western Isles, Orkney and Shetland, where Officers found it difficult to access training on the mainland or at the Brigade National Training Centre. This led, in 1961, to a professional appointment, at Brigade Headquarters, as the Secretary for Leadership Training (Scotland & Ireland)

John Neil has been at the centre of many national initiatives and major events, both on the National Brigade Staff for 18 years, where he carried a particular responsibility for the King George VI Leadership Training Scheme for Officer Cadets, followed by an appointment as Chief Executive of the 10,000 strong Glasgow Battalion for 22 years, in which he carried responsibility for the planning and presentation of the Brigade Centenary Climax Celebrations in 1983, involving some 50,000 visitors to the City of the Brigade’s birth. 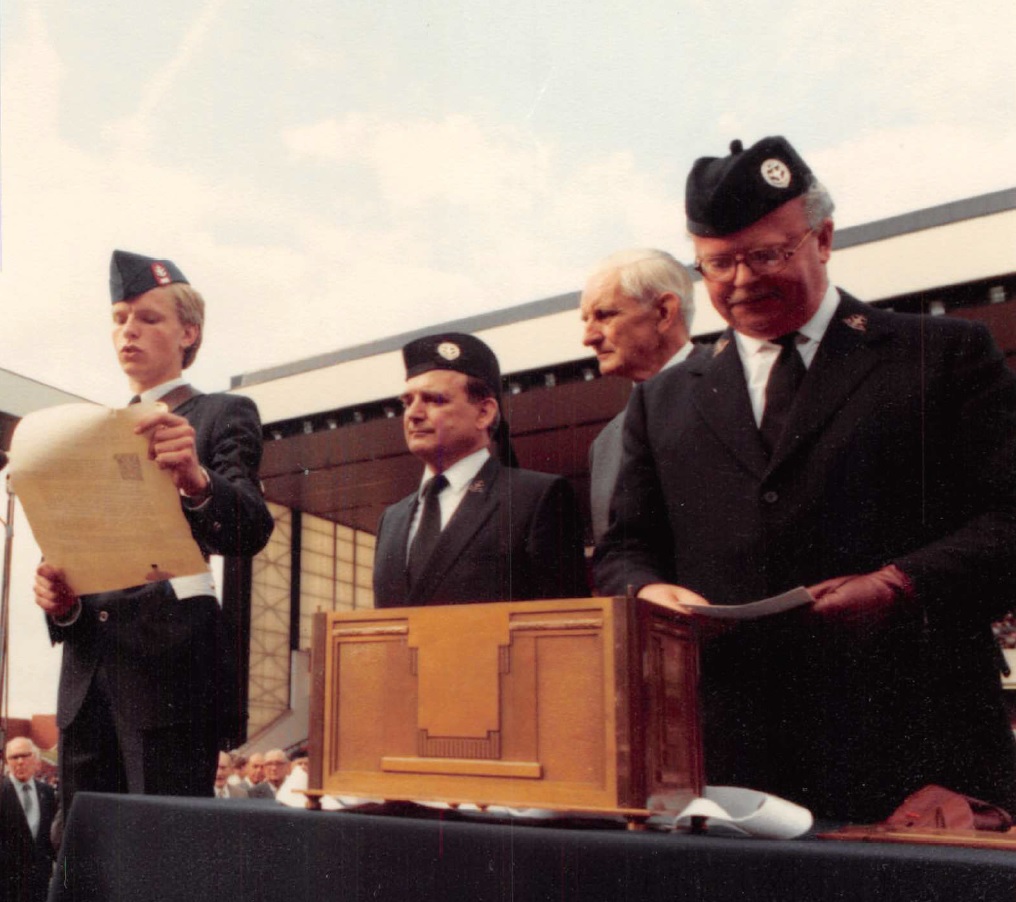 He was an Honorary Officer of the First Glasgow Company, the Brigade’s original Company formed by the Founder in 1883, where he maintains close contact with the present Officers and Boys, and as a Brigade Vice-President, he led the Carronvale House Development Project, resulting in a £2 million scheme of improvement and development at the Brigade’s National Training and Conference Centre at Larbert, Stirlingshire. John Neil served, for a 2 year period, as Brigade President, United Kingdom & Republic of Ireland, during which he and his wife Nan, travelled extensively, undertaking 250 engagements and having direct contact with some 35,000 Officers and Boys in membership.

He was awarded The Lord Provost of Glasgow Gold Medal for Public Service, and appointed an Officer of The Most Excellent Order of The British Empire (OBE) by Her Majesty The Queen, for services to young people, in the New Year Honours 1995.