Sunday morning services were held at Jordanhill College (where some 800 visting officers were staying) and afterwards the  Brigade Executive held their meeting. In the afternoon the Conventicle (derived from the simple religious meetings held secretly by the Scottish Covenanters in the 17th Century ‘under the canopy of heaven’) was held at Queen’s Park Football Club. This was a vast open-air Thanksgiving Service conducted by the Moderator of the Church of Scotland. This was attended by some 130,000 Boys, ‘Old Boys’ and friends. It was estimated that at least another 100,000 people were unable to get inside the Grounds and that ‘hardened’ Glasgow officers were crying have to refuse further entries. The Colour Party and its guard of 120 N.C.O.’s putting the Colours on the Drums in front of the pulpit was a perfect performance of an impressive ceremonial. 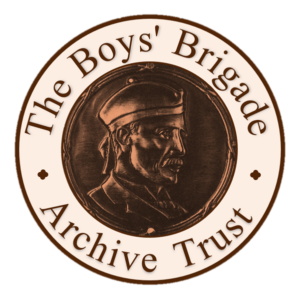 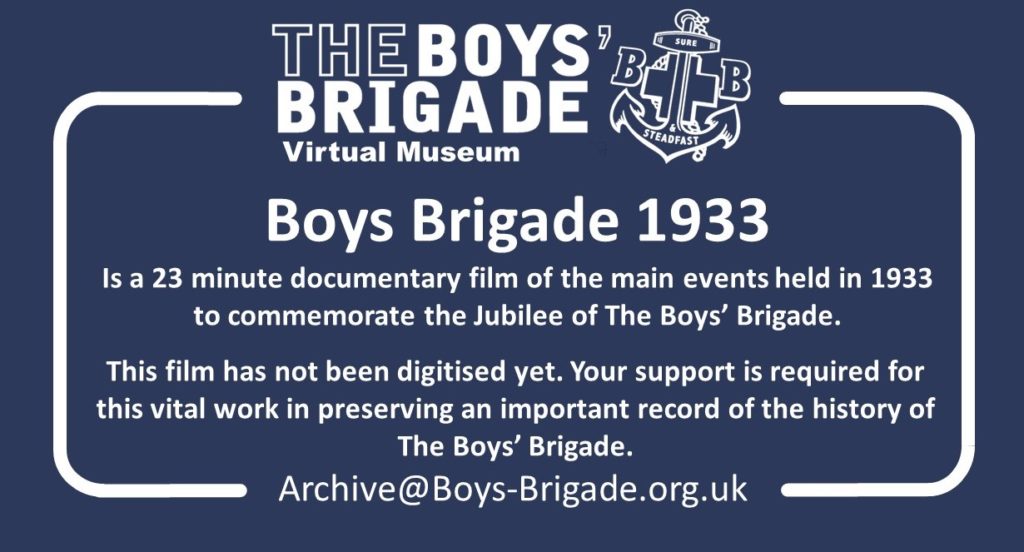 Flag used during the Jubilee celebrations in Glasgow during 1933.