We open to you our hearts and our homes. “Our welcome is not only in words: it will be in deeds.” So spoke the Commanding Officer, Mr. C. A. Adams, B.Sc., President of the Jamaica Council, upon the arrival of the contingent from the United Kingdom at the International Camp in the grounds of the University College of the West Indies, eight miles from Kingston. He spoke no idle words. The overseas visitors were to enjoy many wonderful experiences during the following eight days in camp and a further twelve days in private homes. Overall of them was the determination of the Jamaicans to do all they could for us. The United Kingdom party had gathered in Manchester on Easter Eve and had been given a great send-off by the Lord Mayor of Manchester, Alderman Leslie Lever, M.P., and by Mr. B. J. Hartwell, President of the Lancashire and Cheshire District. Flying was a new experience to many in the party and a trans-Atlantic flight a novelty to nearly all. The prospect was exciting; but the flight to New York proved little different from a motor-coach journey through the night, save for the excellent meals on route. An unscheduled delay of seven hours at New York on a wet day did not break the fine spirit of the party.

International friendships started at the Calabar High School where the U.K. members lived with their Canadian cousins and with the French-speaking Boys from Haiti before Camp opened. These friendships spread throughout the representatives of twenty-four countries. How proud the Jamaicans were at being the hosts at this great International Camp. As they led the parade past the saluting base at the official opening by the Chief Minister of Jamaica, the Hon. Norman Manley, Q.C., it was difficult to believe that most of them came from Companies not more than three years old, so fine was their bearing. What a moment, too, for the Jamaican Officers, who from 1954 had planned for this Camp, as they heard their enterprise acclaimed!

Some experiences of the Camp will be unforgettable. A before-breakfast bathing parade at the College pool with the rising sun lifting the wisps of cloud from the distant hilltops, chasing the shadows down the slopes, bleaching the tents white and, within minutes, gleaming on the lithe bodies in the pool, is among them. In the following days the Boys of the different nationalities found, as the Chief Minister had said they would, that the things which are alike in men are of more consequence than the things which seem to divide them…. Memories of the international concert will abide—the Boys from the United States, in vivid feathered costumes, performing American Indian dances; the Boys from the Bahamas in dancing which made the best of Rock’n Roll look beginners’ stuff, as they played their own accompaniment with tom-toms, vocal noises, cow bells and bugles; the Canadians with their cowboy songs and the Scots with their dancing and bagpipes.

Of the parades, the march through the streets of Kingston, lined with people, to morning worship at the Coke Memorial Methodist Church, will probably live longest in the memory. The service was followed by a march past His Excellency the Governor, Sir Kenneth Blackburne. One day was devoted to excursions to different parts of the Island. The route of one party, occupying motor lorries, was through Spanish Town, the former capital, to May Pen, chief town in one of the parishes into which each county in the Island is divided. The party was welcomed by the local dignitaries and most of the population. There were speeches, a short march and the presentation of a B.B. plaque to the Parish Council. The Council entertained their visitors to lunch—curried goat and rice served with boiled bananas, tomato slices, lettuce leaves and sundry other vegetables. The excursion then proceeded through estates of sugarcane, banana trees and coconut palms to a sugar factory (where everybody sampled the product) and its adjunct for the making of Jamaica rum (which nobody sampled) and on to a secluded bay for a bathe in warm sea-water.

“West Indies 186 for 3 declared: United Kingdom 34 all out.” That was the cricket score at Sabina Park, scene of many Test Matches, on 17th April 1958. But it did not shake the cricket world to its foundation, for this was but one of a number of sporting events on the last full day of the International Camp. Tables were reversed in football, the U.K. team winning by three goals to one. At baseball a combined American and Canadian team beat a Bahamas team, while in track events many countries won points.

Sir Kenneth Blackburne spent some time with the Advance Party on the site and assisted with tent-pitching. Besides attending the functions already mentioned, he inspected a Visitors’ Day parade and, on behalf of the Jamaica Council, formally received Colours presented by The Boys’ Brigade in the United Kingdom; but it was his informality off parade and his desire to know people which won all hearts. The Camp received tremendous publicity. Special supplements appeared in morning and evening newspapers; it was radio news on several occasions and recordings for broadcasting were made of some of the events; a film unit visited the Camp several times; a ‘Pelican Post,” was issued free to all campers. No wonder that when the Camp came to an end the Publicity Officer, Rev. A. W. Saunders, who also acted as Hospitality Officer, was heard to say that he had never worked so hard before in his life. Every man on the camp staff earned our gratitude, for this was not a camp in which each camper had to fend for himself. The six-hundred had to be catered for, quartered and provided with running water, electric lighting, loud speakers, shops and postal facilities.

One name cannot be omitted. Not only every camper but, so it seemed, every visitor to camp acclaimed that packet of dynamite, John Edbrooke, Training and Organising Secretary… We all felt tremendously indebted to him and realised that to John Edbrooke more than to anyone else was due the marked success of the CariBBean International Camp and its contribution to “The Boys’ Brigade around the world”. 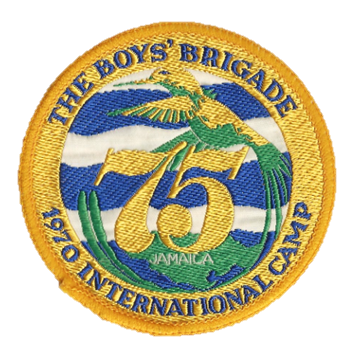 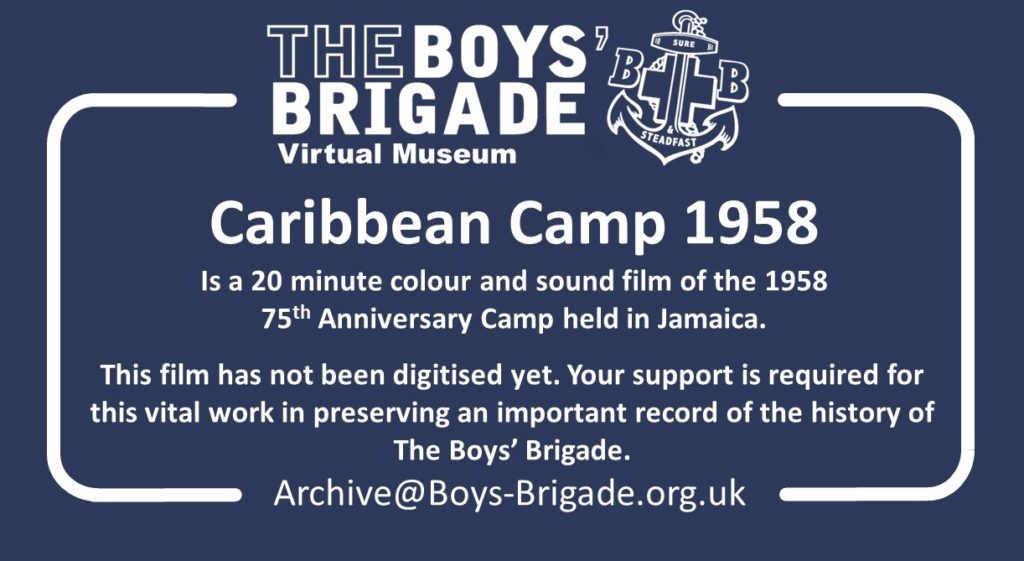