Proudly, The Boys’ Brigade went on parade in Holyrood Park, Edinburgh to be reviewed by the Patron, Her Majesty The Queen. From all over the United Kingdom and Eire they came for this historic event which marked the BB Centenary. From 5 a.m. onwards buses travelling overnight made their way to one of 35 breakfast centres, where lady officers, mums and BB friends were on hand to give the passengers a good Scottish breakfast — including porridge, of course! While the morning rehearsal was in progress ladies of the WRVS prepared 3,000 snack lunches and afterwards served them in a period of 45 minutes!

Weeks of planning and hard work had gone into this colourful spectacular which was witnessed by a crowd of about 20,000. As the boys paraded and about 200 Junior Section and Anchor Boys ‘kept the ground’, parents got their cameras out and clicked away to capture memories for the family album.

Her Majesty arrived at the parade ground in an open horse-drawn carriage and after an act of worship conducted by the Rev. R. G. Ashman, MA, PhD, Brigade Vice-President, the Queen accompanied by the Brigade President, inspected the 3,200 boys on parade who were drawn up in nine companies.

The most touching moments came when the Queen received the Loyal Address from S/Sgt Alastair MacPherson of the 1st Uphall Company, who has spent his whole life in a wheelchair, and Martin Johnson of the 46th Nottingham Company, who is a holder of the Diploma for Gallant Conduct, presented a specially bound copy of ‘The History of The Boys’ Brigade’.

A fitting climax was the moment when ‘Three Cheers’ were called for Her Majesty and some 500 Anchor Boys assembled on Arthur’s Seat removed their anoraks to reveal the letters BB emblazoned in red on the hillside. 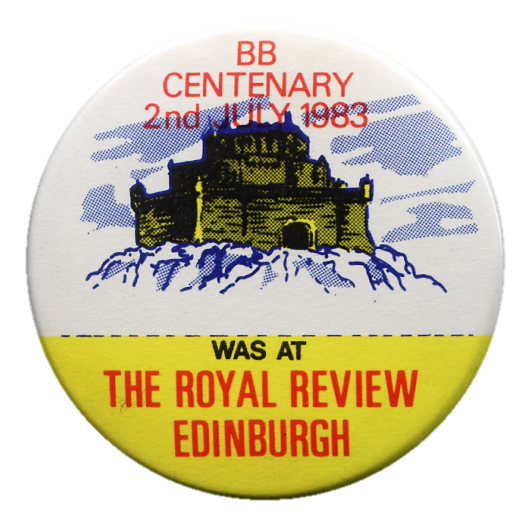 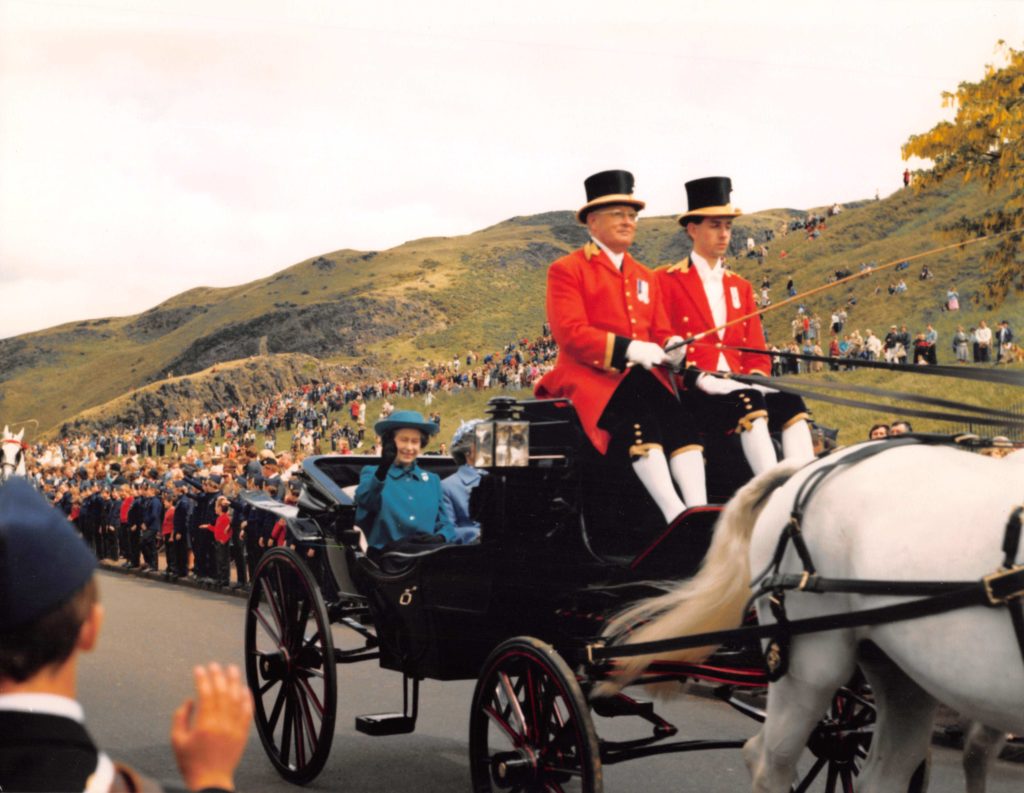