HM The Queen, Street Kids and a Shopping Centre in Swindon

Streetwise was an initiative from the International Teams Awareness Project which aimed to highlight the issues faced by disadvantaged street children in South Africa and to help tackle prejudices and injustices in communities at home and overseas. In May 1997, a 12-month awareness project began with the aim of sharing these children’s message whilst also providing The Boys’ Brigade with major exposure in the media. The crowning event of this year-long programme was a four-week tour of the ‘Alive Kids’ in November 1997. This consisted of 25 concerts, 40 workshops, six church services, two national TV appearances, and numerous local radio interviews. The tour visited England, Scotland, Wales, and the Isle of Man, with local centres found in places including Glasgow, Cardiff, Sheffield, and London. The locations were chosen for their large local populations – thus maximising the potential for exposure – but also for the strength of The Boys’ Brigade in that area. However, it was the stop in Swindon on Friday, 7 November which had perhaps the largest and most lasting impact of the whole project.

The Alive Kids started life as a positive arts company founded by the director and playwright, Edmund Mhlongo. It was a community project which harnessed the energy and enthusiasm of young people through music, dance, and drama. Its mission was to “drown out the sounds of war, conflict and destitution” through theatre and singing, and tell a positive story of “hope and salvation” when young people take control of their lives and enrich their communities. The Kids were viewed by many in South African society as outcasts and beggars (through no fault of their own) and lived in the sprawling urban centre of Kwa Mashu, where over 90% of the 1.3 million population were unemployed, and political and tribal violence were commonplace. In the Autumn of 1997, a group of 30 of these performers was provided a stage to share their message to audiences thousands of miles away through their dynamic, vibrant, and powerful shows.

Flying into England from Durban, the Alive Kids tour started on 31 October, 1997, in Tonbridge before stopping in at Watford (1 November), Tower Hamlets and St Albans (2 November), Southampton (3 November), Milton Keynes (4 November), Ipswich (5 November), and Cardiff (6 November). On each stop the group performed a ‘main stage’ concert event in addition to joining civic receptions and church services, and delivering workshops in schools and colleges. On leaving the Welsh capital the group travelled along the M4 to Swindon, where they hosted a dance and drama workshop at Greendown School in the west of the town and a second similar workshop at the Town Hall dance studios. The workshops in local schools were an important part of the four-week schedule, and brought the story of the Kids to a wider audience. However, it was at the main shopping precinct in Swindon town centre where the Alive Kids performed for a particularly prestigious onlooker.

Shortly before the start of the tour, Swindon Town Council realised the Alive Kids visit to Swindon was to take place on the same day as a Royal visit by H.R.H The Queen. The Council – who had already proven to be incredibly supportive of the tour – expressed a desire to ensure the Kids would have a chance to perform for Her Majesty. This opportunity came during a walkabout in the main shopping area of the town, where the Alive Kids joined around 2,000 people in the crowds to see the Queen. The group were strategically positioned at a specific location on the route, and as the Queen emerged from the Brunel Centre onto Canal Walk, she was greeted by the sounds of singing and stopped for “3 minutes and 25 seconds” to listen to and appreciate the impromptu performance. The enthusiasm for their art was recorded in the local press, and it was written that when the Queen tried to speak “little could be heard above the music”. Moreover, one local schoolboy reflected to reporters that “The Queen said she wanted to speak to them but they would not stop singing!” This demonstrates the true dedication to a performance that was their way of sharing a message so close to their hearts. In addition, these words are a testament to the professionalism the group demonstrated throughout the tour. 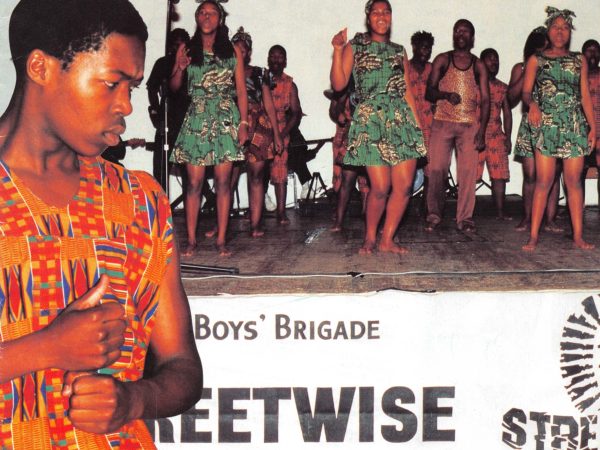 After the walkabout in the town centre the Queen was entertained to luncheon at Lydiard Park, visited a local factory (where she viewed different aspects of cabling work carried out by the company), then attended a reception at the Civic Offices where she was received by the Mayor of Swindon, Councilor Maurice Fanning. However, the topic of conversation at this reception was not dominated by the intricacies of cable construction but the performance of the Alive Kids earlier in the afternoon and, according to the local contact from The Boys’ Brigade in Swindon, the Queen was “full of praise and admiration” for the Alive Kids and to the organisers of the tour.  Subsequently, a letter was sent to Buckingham Palace and Robin Janvrin – the Queen’s Deputy Private Secretary – replied with the following words of support and encouragement for the group’s tour and performance:

“The Queen has asked me to write about the Alive Kids who sang so well for Her Majesty during her visit to Swindon on 7th November. It was most kind of you to have written to give a bit of background about this group of young people and The Queen was very interested to hear of the success of their tour. She has asked if her thanks and appreciation could be passed on to them for their singing at Swindon.”

The main stage concert at the Link Centre that evening was a great success and the performance was filled with exuberance and high energy that was welcomed and appreciated by an enthusiastic audience who gave a “rapturous standing ovation”. As an encore, the group sang a song – one of the more recent they had written – which was a tribute to the anti-landmines work that was spearheaded by Diana, Princess of Wales. A representative from the Wiltshire Battalion wrote to Brigade Headquarters to say they were “honoured to be invited to host one of the venues”. Moreover, it is evident that the people of Swindon were equally impressed, as the attendance of 475 at the Link Centre was much greater than the national average of 250 who went to the main stage concerts at other locations on the tour.

National coverage of the Queen’s visit to Swindon included footage of Her Majesty with the Alive Kids. This, coupled with the exposure in national and local press and radio, meant that The Boys’ Brigade was seen in millions of households throughout the country providing great exposure to the movement as it moved towards its 115th year. The stop in Swindon was one of the most memorable highlights of the tour for all involved. It was a chance for the music of the Alive Kids to be heard to a crowd of thousands in the town and importantly, gave the stage to the group to share their powerful message in the presence of the Queen. The Boys’ Brigade and the Royal Family have many close ties through patronage and shared values. The meeting of the Alive Kids and Her Majesty the Queen at a shopping centre in Swindon in the late 1990s offers an example of one of the more unusual ways this relationship has manifested itself.