The Badge Collectors Club had closed in 1986 but the small group of ‘BB’ collectors and heritage enthusiasts continued to correspond between themselves. In 1996 Bob Mandry launched the BB Collectors Club, starting off with a newsletter and, by the end of the year as funds allowed, an annual Christmas card was introduced. Shortly after this an annual membership badge was produced.

The first edition of the newsletter included details details for the first meeting of members at the Whitechapel Mission in London, a ‘meet the members’ page, swaps and wants page, as well as an article on Zimbabwean badges written by Colin Swinton. The second newsletter included details of an  increase in members of the Collectors Club (+16) and within a few years the membership was between 80 and 90 members annually.

The BB Collectors Club endeavored to hold meetings annually which were usually around an auction of BB memorabilia, the proceeds of which often going to various charities and causes. Many thousands of pounds were raised through these auctions for charities, and the sale of anniversary and mufti badges which were advertised through the club newsletters also proved popular with members.

After 10 year as club co-ordinator, Bob Mandry handed over the editorship of the club newsletter to Kevin Aitchison in 2005 and in 2013 a committee was formed in to take over the running of the club, producing the newsletter and issuing the annual membership badge. The club was re branded ‘The Boys’ Brigade Heritage Society’ in 2016 to acknowledge the wide interests of the members and try to encourage new members who were not specifically only interested in collecting, but rather had a general interest in the heritage of The Boys’ Brigade. 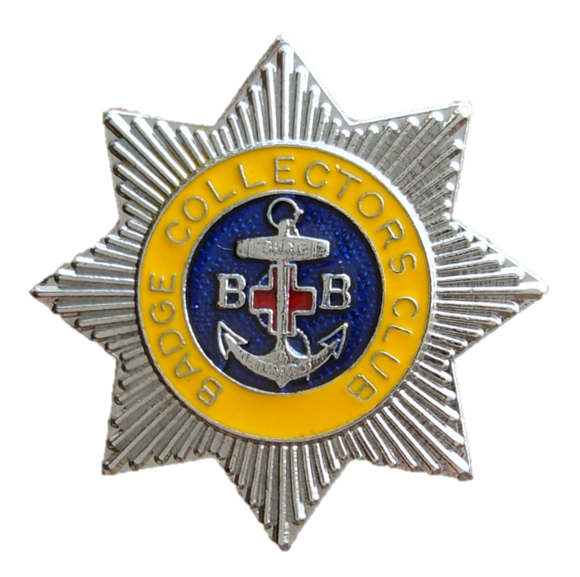