Since the very first session, Membership Cards have been issued to those who joined The Boys’ Brigade. The earliest cards were of a simple design and often carried only the years for the session in which they were handed to members. From the 1890s images began to appear along with the words “remember now thy creator in the days of thy youth” and by the turn of the Twentieth Century striking full-colour images adorned the front cover.

Many cards published between the 1920s and 1980s carried designs created by members of The Boys’ Brigade. An annual competition was held and submissions regularly numbered in the hundreds for the honour of having their design chosen for the following session. 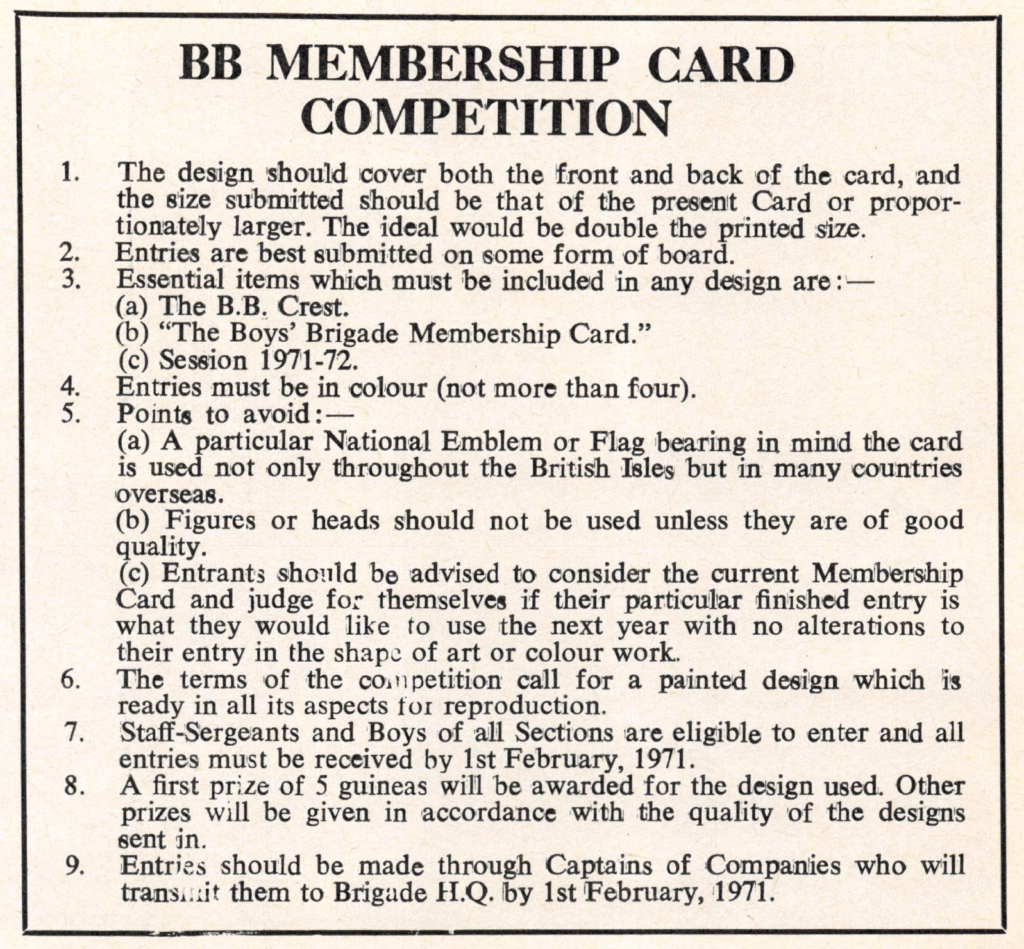 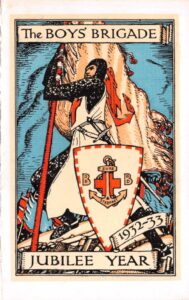 A Hollingberry from the 26th South Essex (Walthamstow) Company was particularly proficient in producing eye-catching designs, creating the winning entry for three consecutive sessions from 1955 to 1957. The Stedfast Mag reports a number of years later R Blayney of the 16th London, designer of the 1962-63 and 1963-64 was encouraged to enter by his then boss A Hollingberry. 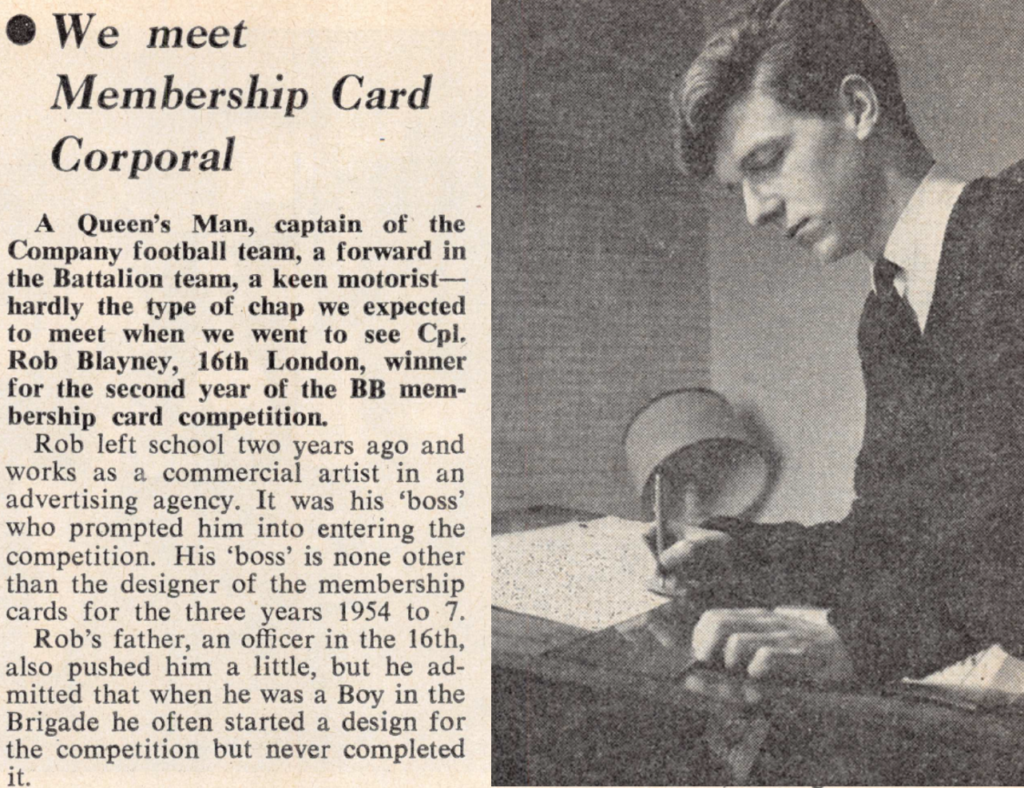 Cash prizes were awarded to the winner and runner up, and the Stedfast Mag recorded that: The best design for the 1964/65 design will be used for next session’s BB Membership Card was submitted by L/Cpl. W. Minnis, of the 9th Coatbridge Company, who receives a cheque for £5/5/-, and the runner-up, S/Sgt. Kenneth Flynn, of the 1st Dublin Company, receives a cheque for £3/3/-.

During the late 1960’s and early 1970s on average about 110 entries were received annually, with between 5 and 10 entries received from members of The Boys’ Brigade in Malaysia. The 1965-66 card was designed by R Cheong Fook of the 1st Teluke Anson Company, Malaysia. Whilst the UK membership cards were regularly used around the world up until the 1970’s, some countries had started to produce their own membership cards. Australia and Rhodesia used the UK card designs in the early 1970s, the main differentiation being the Australian and Rhodesian cards were issued by calendar year, whilst the UK cards are issued by Brigade session.

The inside of the Membership Card differed from session to session, but space was often left blank to include the Member’s name, Company, Rank, age, and address which was signed by the Company Captain. Space was also often left for The Object of The Boys’ Brigade, a brief history of the ‘BB’, and details of who designed the card. A portion of many cards was set aside to record attendance at Church or Bible Class.

To mark the millenium a competition was again held to design the membership card for the 1999-2000 session, this was won by Jonathan Landman of the 7th Northampton Company. 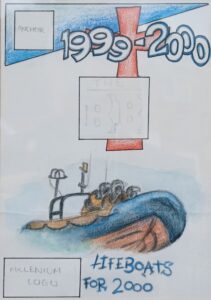 From the 2015/16 session the design of the Membership Card underwent a dramatic refresh, with the new style card able to fit more easily in a wallet or purse. The updated card design featured an information card containing details relating to Church attendance, with a credit card sized card attached to the reverse with space for the member’s name and Company/Church details.