The BB Gazette for March 1915 together with an illustration of the certificate, announced the introduction of the Diploma for Gallant Conduct. The subsequent regulations stated: 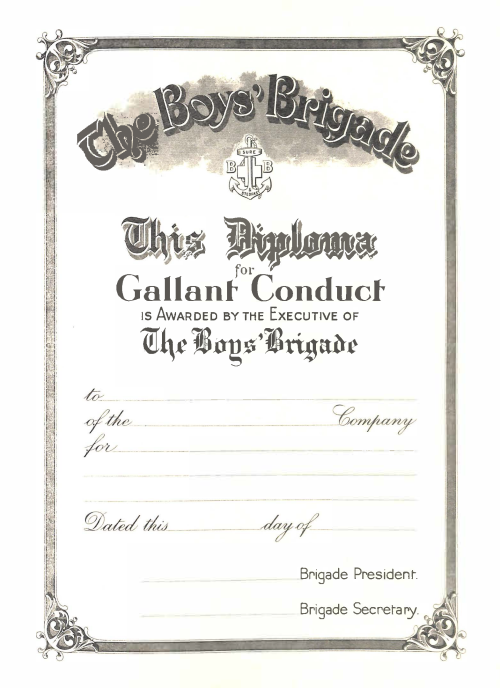 The list of recipients for the BB Diploma for Gallant Conduct has been complied using The BB Gazette, Minutes of The Boys’ Brigade Executive Committee and other sources. If there are any omissions or errors we sincerely apologise, and request that you come forward with this information, so that the records can be corrected.