The strict rules enforced for the award of the Cross for Heroism and the Diploma for Gallant Conduct, means that any BB member enduring long term hardship and suffering were not recognised by The Boys’ Brigade. The President’s Commendation covers a broader scope, and in recent years has been dominated by young people showing bravery and courage during periods of prolonged illness and difficulty. There is unique difference between the President’s Commendation and the other two Gallantry awards, in that it has been awarded to Brigade Leaders as well as young people.

Early records of letters of Commendation for acts of gallantry,  can be found in the BB Gazette, including letters sent by the Brigade President. The strict regulations for the awards for Gallantry meant that the younger members of the Brigade in the Boys Reserves and later the Life Boys were not eligible for such awards, and one incident, and letter of Commendation sent by the Brigade President is recorded in the BB Gazette of January 1931:

“On the 5th November John McPherson, a member of the 8th Inverness Team, seeing a young Boy in difficulties in the River Ness, dashed in, up to his waist in water, and brought the Boy ashore. The youngster had been wading in Wellington boots, and the rush of the river was carrying him away when John came to the rescue. The Brigade President is sending the wee lad a letter of commendation of his presence of mind and prompt action.”

The Cross for Heroism was seen as the ultimate award for Gallantry, and, from its inception, the winners were often listed in BB publications, particularly those aimed at the Boy readership. The early BB publications aimed at Boy readership, highlighted acts of Gallantry, including the first volume of The Boys Bulletin published in 1918, which featured the winners of the VC on the cover of every edition.  This theme of honouring Gallantry was continued in the Stedfast Magazine, published between 1953 and 1977, which recorded many of the letters of commendation sent by the Brigade Secretary in the name of the Executive of The Boys Brigade, to those who were not awarded the Cross for Heroism or the Diploma for Gallant Conduct.  The high standards have always been maintained and for every recipient of The Boys’ Brigade Cross for Heroism and Diploma for Gallantry, and it was inevitable that there were a number of applications which were turned down by The Boys’ Brigade Executive.

Some people however felt that more was required, and at the Brigade Executive meeting of 21st November 1971, Mr, G.A. Harris raised the question of the nature of the document conveying the Brigade’s “Commendation” of an act of gallantry by a Boy. He did not think that a recent letter of Commendation written by the Brigade Secretary was adequate. He was not critical of the text of the letter, but felt that a more decorative printed document signed by the Brigade President would be something which the Boy would prize and keep. It was decided to refer this to the President’s Committee, with the outcome being that letters of Commendation after November 1971, were signed by the Brigade President, and these were recorded in the Stedfast Mag. By 1975, these Commendations were recorded in the BB Gazette, and a register or recipients was started, however the Commendations continued in letter format.

The matter of a formal certificate was brought up again in 1980 by Mr A Eosie, when referring to the posthumous award of a Brigade President’s Commendation to two Boys who had shown courage during long illness. He warmly commended this initiative and recommended that such cases should be recognised formally. He personally knew of many such cases in the BB which warranted recognition and suggested that paediatricians and ministers who are aware of cases should be consulted and invited to support such recommendations. In reply the’ Brigade President’ said that the BB attracted certain Boys  who were not fully fit  and it provided a suitable environment for such Boys

The production of a formal certificate moved along rapidly after this, when the Brigade executive meeting of 14th November 1980 finally agreed to: “the adoption of the Brigade President’s Commendation, its style to be formal with a concise-citation, on the lines of the other  awards.” The first of the formal certificates were issued in 1981, and the basic design and wording has remained unchanged since.’

The list of recipients for the BB President’s Commendation has been complied using records held in The Boys’ Brigade Archive Collection, The BB Gazette, Minutes of The Boys’ Brigade Executive Committee and other sources. If there are any omissions or errors we sincerely apologise, and request that you come forward with this information, so that this can be corrected. 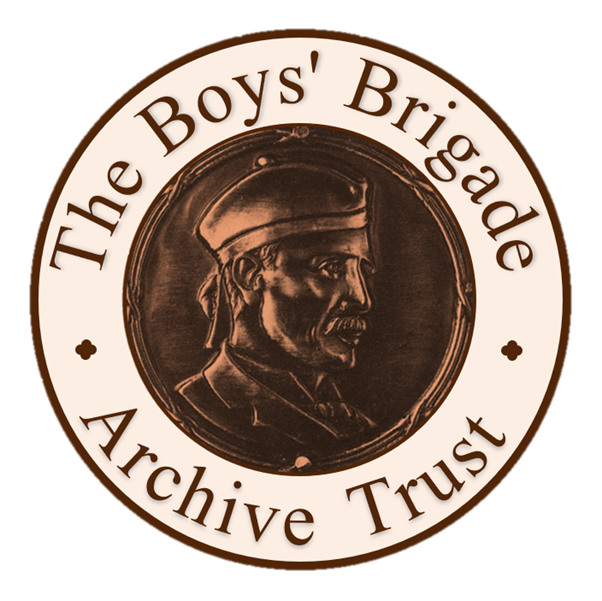