The Boys Manual of The Boys’ Life Brigade issued in 1926, stated:

The Junior Section of the B.L.B. – To meet the needs of boys under Brigade age a Junior Section has been formed under the title of “Lifeboys,” Boys of the ages of 8, 9, 10 and 11 are admitted into membership.

Lifeboys are organised in Teams, each Team being attached to a Church or Sunday School. Teams are subdivided into groups, to each of which a boy may be appointed as chief. A Team may be started at any Sunday School, whether there is a company of the Boys’ Life Brigade or not, but the better arrangement is for a Lifeboy Team to be formed for the junior boys, and for the senior lads to be organised into a Brigade Company, to which the younger boys may be promoted.

Every Team must be connected with a Church, Mission, or other Christian organisation. The aim of the Lifeboy Team is to develop the boy on all sides of his character, to give him a preliminary training for the part he will have to play in social activities, guide him in the care of his body, assist him in the development of his mind, and lead him to the knowledge that these three things can only be satisfactorily used if they are under the control of the higher or spiritual side of his nature. 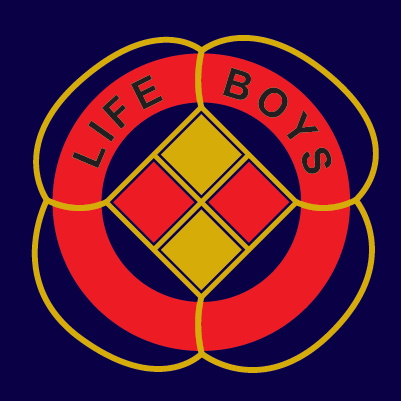