In 1966 Her Majesty the Queen agreed to open the international headquarters of The Boys’ Brigade and Girls’ Brigade at Parsons Green in the London district of Hammersmith. However, on the day of the occasion the Queen became unwell with laryngitis and was, unfortunately, unable to attend, with The Princess Alexandra deputising. Despite her illness, the Queen took an interest in proceedings that day and promised to pay a visit to Brigade Headquarters at a later date. This promise was fulfilled six-and-a-quarter years later at a little after 3pm on 22 February, 1973.

Despite the exceptional status of the event, the Royal visit to Brigade Headquarters was an informal one with the ‘BB’ Executive keen to demonstrate the headquarters as a “working unit”. Arriving at Brigade Headquarters the Queen – accompanied by Prince Philip – was received by a Guard of Honour containing 18 Queen’s Men (one from each District of Britain and Ireland) and 18 members from The Girls’ Brigade. On entering the building the Queen was presented with a bouquet of freesias before being taken to explore all floors of the site. Amongst the highlights of the tour were a static exhibition of the programme of work from the 340 Companies of the London District, a display of ‘BB activities’ in the training area by over 80 Boys from London, and a call to the stores department to which the Queen commented on the cleanliness, adding that she expected that it “is not always like this”! After signing the visitors book, and receiving a souvenir pill-box, the Royal guests left ‘BBHQ’ and returned to the Palace to continue with their busy schedule.

The report in The Boys’ Brigade Gazette commented that the attentiveness shown by the Royal guests was “patently apparent” and that the “delightful informality of it all” was indicative of the interest shown by the Queen and Prince Philip. This visit to Brigade Headquarters during the 90th year of the movement was a fitting way to mark this special anniversary as it was the first (and only) time a reigning monarch has visited the headquarters of The Boys’ Brigade in the long history of the organisation. 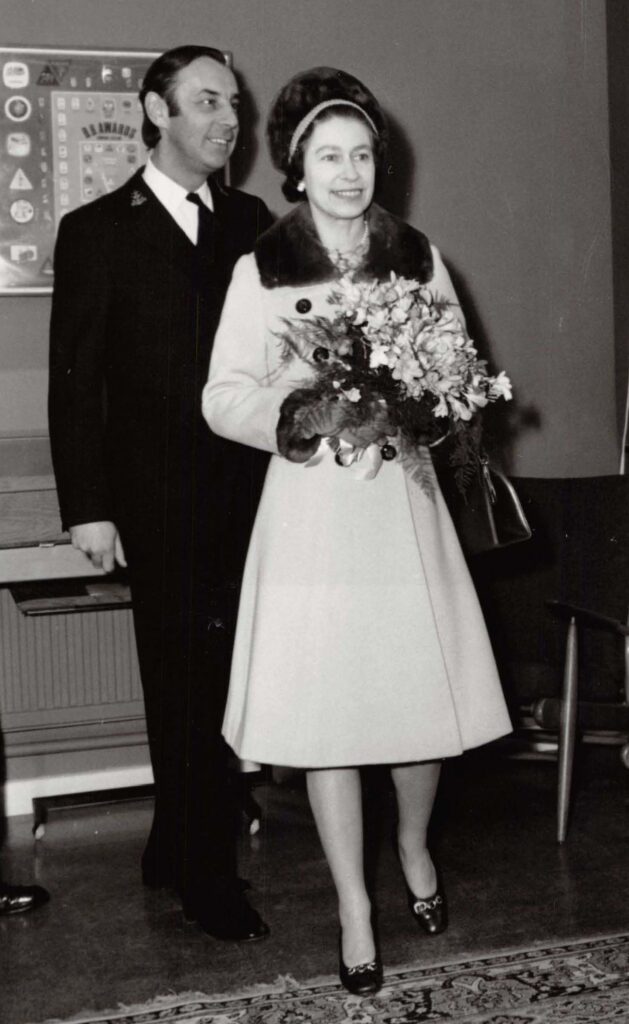