To celebrate the 125th Anniversary of The Boys’ Brigade in 2008, a number of national events were planned, and Companies, Battalions and Districts were encouraged to organise events to celebrate this occasion locally. All Companies and members were challenged to participate in projects that benefited their local areas and communities, with participation recognised with the award of a special badge that could be worn in uniform.

The 125 Community Badge was an award, which every member of the company could gain by doing different tasks that help benefit their local area. Each member was encouraged to give at least 125 minutes of community focused service between January 2008 and September 2009.

The Brigade also launched the Go MAD (Make A Difference) Awards in 2008, celebrating inspirational young volunteers, recognising their commitment and promoting the positive achievements of our young people. Two of these awards were presented at the 125th Anniversary Dinner hosted by Lord Griffiths in the House of Lords.

The Corporation of The City of London, hosted a Review of 125 Queen’s Badge and Founder’s Badge holders representing The Boys’ Brigade from throughout the United Kingdom and Republic of Ireland. The review was supported by the bands of the 4th Dunfermline Company and the 3rd Bromley Companies. The Reviewing Officer, Sir Michael Craig-Cooper, Her Majesty’s Vice Lord Lieutenant of Greater London, accompanied by Lady Craig-Cooper was greeted on his arrival by the Chief Commoner Mr John Barker who acted as host for the City and by the Brigade President. Messages of greeting were received from Her Majesty The Queen and from the Prime Minister, Gordon Brown, himself an ex-member of The Boys Brigade. 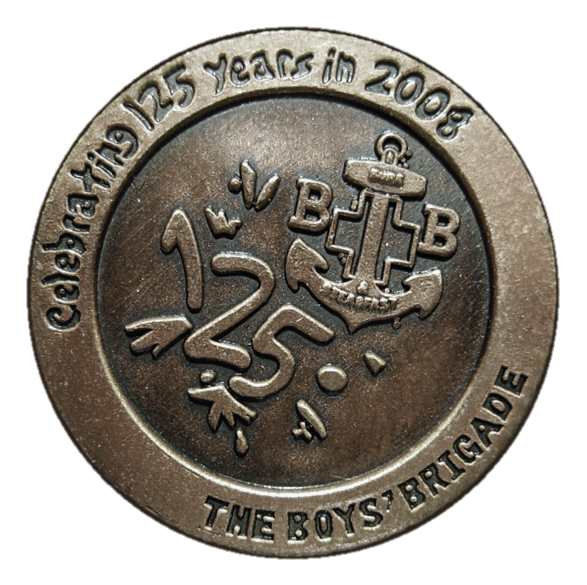