Target 2   Gilt coated metal ‘TV’ shaped badge as before, showing a quadrant of the target and an arrow into the central Bulls eye. Early production had a plastic decal, later produced as an all metal and coloured enamelled details.

Revised to be the same style and size as the Target 1 and 2 awards but only five in number.

Usually a coloured cold enamel with a clear epoxy resin dome, and these were issued when the basic or first year qualifications were attained. When stage 2, second year, of the achievement were gained a red surround was awarded which fitted around the badge and for stage 3, third year, a blue surround was gained which fitted around the red surround.

Each badge had various different topics in which the boys had to achieve  a standard to qualify and these could be carried through from stages 1 to 3 in increasing detail. Tested by staff or by external personnel to teach and test to standards to qualify. 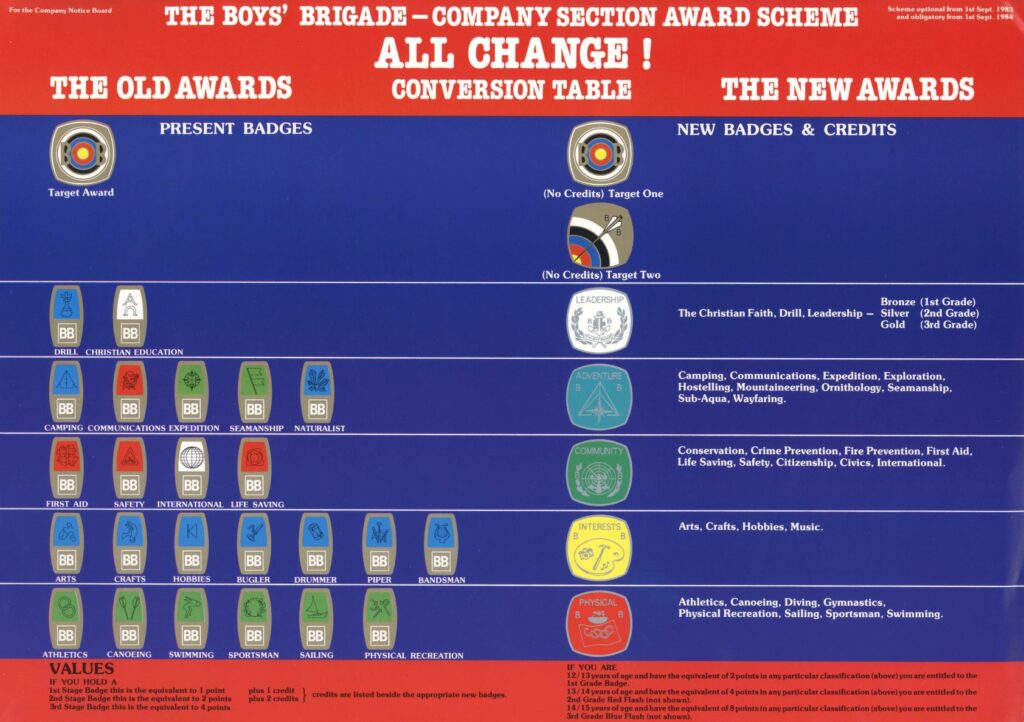 Duke of Edinburgh award scheme badge available in Gold, Silver and Bronze to match the level achieved in the scheme.

Junior Section badge – a diamond shaped badge to show service in the Junior section and Gold or Silver to show the level achieved.

Service badge – barrell shaped and a place to put an insert to denote the number of years service.