Prince Edward and The International Camp, 1991

In 1991 the Aberdeen Battalion celebrated one hundred years of service to young people in the North East of Scotland. It was a year of high-profile events and activities, with hosting the 53rd Scottish Cross-Country Championships – contested by 340 Boys – one of the high points of the centenary year. There was a strong Brigade tradition in Aberdeen and the city was, therefore, an appropriate host for another prestigious event: the 1991 International Camp. Over ten days in early August, campers were welcomed from around the World by the Aberdeen Battalion to enjoy the comradeship, lasting friendships, and happy memories only a camp could provide. 800 Officers and Boys had the honour and privilege to join together at Hazlehead Park from places as far as South Africa, Brazil, and New Zealand to continue the positive experience of camping which was first realised by the Founder over a century before in 1886. Further stature was added to the event by the attendance of His Royal Highness The Prince Edward on the first Sunday of camp in what was another example of his continued interest shown in the work of The Boys’ Brigade.

The camp contained all the ingredients required for a successful week under canvas, with a focus on games, exercises, and adventurous pursuits. The camp was divided into 12 Companies, each with a castle name, and competitions between the ‘castles’ occupied the mornings. Afternoons on camp were set aside for more daring activities which included canoeing, sailing, and professional coaching in dry slope skiing. There were also a number of fringe activities around the camp such as crafts, and pioneering, and there was even an opportunity for some of the visitors from overseas to experience traditional Highland Games during an excursion to Crathes Castle. One further special event was an open day on the second Sunday on camp, with the main attraction a competition styled on ‘it’s a knockout’, a format Prince Edward would have been familiar with following his involvement with the Royal version of the TV series broadcast in the 1980s. The camp was, therefore, a truly remarkable event which drew hundreds of Brigade members from around the World to share in the experience of this camp of epic proportions. 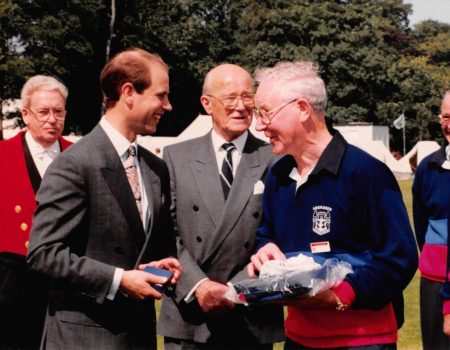 A camp of this magnitude required the attendance of a notable guest and, thanks to Prince Edward, Royal support was bestowed on the 1991 International Camp. The Prince was a guest for the first Sunday on camp, with His Royal Highness visiting a number of the ‘castles’ to talk with campers and observe several of the activities taking place. Later in the day, Prince Edward played an active and poignant role at the Church Parade held at the Aberdeen Music Hall. The service, conducted by the camp chaplain, Andrew R. C. McLellan, was fortunate to have Prince Edward read the lesson which was taken from Romans 8: 18-25. His Royal Highness also took the salute during the march past at the parade which saw Boys wearing their specially designed camp sweatshirt with logo which had been issued to attendees on arrival at camp. The camp was honoured by Prince Edward’s visit and the Brigade was grateful for the support and interest shown by His Royal Highness who had previously spent time with BB Boys at ‘Senate 88’ and at the opening of the BBHQ in November 1988.

Camping had become an established part of The Boys’ Brigade programme of activities for over one hundred years, with thousands of Boys experiencing the positive effects of spending time away on camp every year. Commenting on the 1991 camp, the Lord Provost of Aberdeen, Robert Robertson, stated that camping was an experience “that cannot be surpassed” and the opportunity to attend an International Camp was a privilege and honour for Boys and Officers alike.  The value of camping was realised by William Alexander Smith and his original Company and his pioneering efforts set a standard where others would follow. The addition of an International Camp to the Brigade calendar advanced the steps taken by the Founder during the reign of Queen Victoria and provided the space for the global BB movement to share in this distinct activity. The visit by Prince Edward was an exceptional item of interest in what was already a special occasion, with the Royal attention given to the 1991 International Camp a fitting way to mark the centenary of the Aberdeen Battalion and solidify the importance of camping to the work of The Boys’ Brigade. 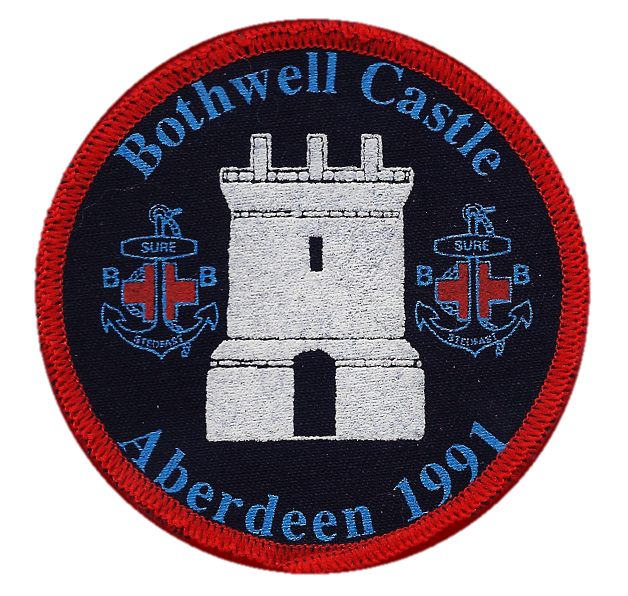